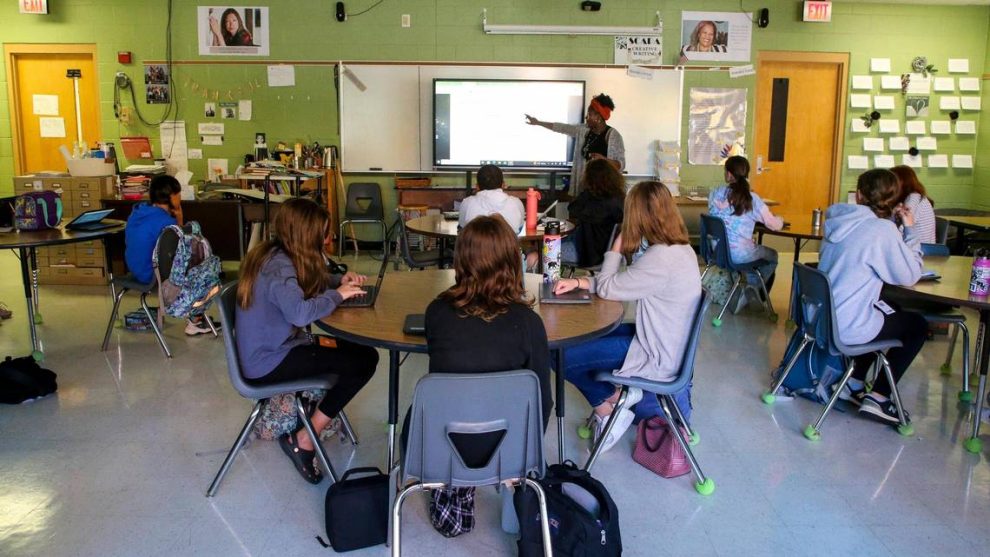 According to a report released by Chicago Public Schools’ Office of the Inspector General, the 2021-2022 school year saw 772 investigations into teachers for allegedly raping, sexually assaulting, or grooming students.

The office was able to close 600 “adult on student” cases in the past year, and substantiated more than half of the allegations. Despite that, only 16 of the cases have resulted in charges.

Some cases involved taking trips to Las Vegas, Ibiza, London, and the Bahamas for sexual purposes.

While the majority of cases involved high school students, some involved children as young as fourth grade.

“She began to think of him as her friend and therapist,” according to the student. The teacher “touched and groped the student while hugging her, touching her thighs and buttocks under the pretext of removing lint from her clothing.”

Those allegations were corroborated, but while the teacher was charged with multiple counts of sexual assault, he was acquitted in November. He is currently battling his termination with the Illinois State Board of Education.

A Junior ROTC staffer reportedly had sex with a female student from the ages 16 to 17-years-old, and would buy her alcohol. He also asked her to buy him marijuana from other students.

Some texts between the staff member and the student were highly sexual, including “I’m ready to f*** right now … I’m not gonna be gentle either.” The staff member also “threatened to kill the student and her family” if she told anyone about the relationship.

An elementary school teacher “sexually touched” a male student over the course of several years, from ages 11 to 14. That teacher “spent the night in the student’s bedroom, having sex with the student.”

As Breitbart News reported, the Biden administration attempted to end the Trump-era reporting requirements for teachers who sexually assault students. Such a proposal would have seen only the 16 allegations with criminal charges included in national numbers, not the full 772.

It would have also made it easier for school districts to continue “passing the trash — relocating predator teachers without disclosing their conduct to the new district,” according to former Education Secretary Betsy DeVos.