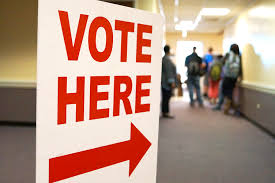 House Democrats voted Friday to defend localities that allow illegal immigrants to vote in their elections, turning back a GOP attempt to discourage the practice.

The vote marks a stunning reversal from just six months ago, when the chamber — then under GOP control — voted to decry illegal immigrant voting.

“We are prepared to open up the political process and let all of the people come in,” Rep. John Lewis, a Georgia Democrat and hero of the civil rights movement, told colleagues as he led opposition to the GOP measure.

The 228-197 vote came as part of a broader debate on Democrats’ major legislative priority this year, HR 1, the “For the People Act,” which includes historic expansions of voter registration and access, as well as a major rewrite of campaign finance laws.

The measure would have had no practical effect even if it had passed. Illegal immigrants — and indeed noncitizens as a whole — are not legally able to participate in federal elections.