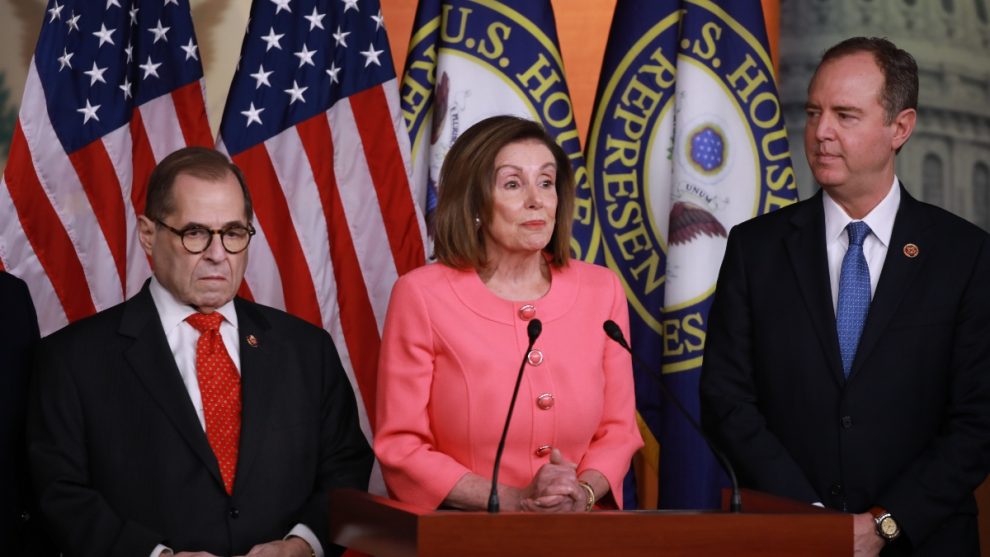 The House of Representatives, led by Speaker Nancy Pelosi (D-CA), passed a $1.7 trillion spending package on Friday with 9 Republicans joining Democrats to send the massive omnibus to the White House in a 225-201 vote.

Lawmakers are rushing to get the bill to President Joe Biden’s desk before the federal government hits its Friday deadline, running out of funding and initiating a government shutdown. Congress passed a stopgap funding measure, known as a continuing resolution, last week to fund the government up until the day before Christmas Eve.

Senior lawmakers unveiled the text of the 4,155-page omnibus bill in the early morning hours on Tuesday. The Senate voted 70-25 on Tuesday to initiate debate and begin moving the bill through Congress over the cries of critics who said they were not given reasonable time to view the proposed legislation.

The Senate passed the omnibus Thursday in a 68-29 vote, with 18 Republicans voting with Democrats on the package.

McCarthy threatened GOP senators on Tuesday with killing all of their priorities in the House if they voted to push the omnibus through Congress.

“[W]hen I’m Speaker, their bills will be dead on arrival in the House if this nearly $2T monstrosity is allowed to move forward over our objections and the will of the American people,” McCarthy tweeted.

Agreed. Except no need to whip—when I’m Speaker, their bills will be dead on arrival in the House if this nearly $2T monstrosity is allowed to move forward over our objections and the will of the American people. https://t.co/WCC477R4IM

The omnibus’ Republican critics have said that Congress should continue to pass stopgap spending measures until the Republican majority is seated in the House next year, giving the GOP a stronger position from which to barter with the administration and Democrats over spending priorities.

GOP Sen. Mike Lee of Utah has been one of the loudest critics in the upper chamber. On Tuesday, he gave a Senate floor speech blasting the omnibus and Congressional leaders who were pushing the massive spending bill through, including Senate Minority Leader Mitch McConnell (R-KY).

“This bill before us is legislative barbarism. This is an act of extortion being leveraged on the United States Senate right before Christmas,” Lee said. “This bill, in all 4,155 pages of its glory – or infamy – was negotiated in secret by four or five members of Congress.”

“They wrote it in secret with the design of making an artificial emergency, threatening a shutdown right before Christmas,” he continued.

McConnell worked with Senate Majority Leader Chuck Schumer (D-NY) to get the legislation through the Senate. McConnell backed the omnibus as a necessary investment in the U.S. military. “The bipartisan government funding bill before this body is imperfect but strong. It will make huge new investments in our Armed Forces while cutting non-defense, non-veterans baseline spending in real dollars,” he said in a Wednesday statement.

The bill allocates $858 billion to military spending, $45 billion more than Biden requested. It has another $772.5 billion in nondefense discretionary spending.

The $1.7 trillion bill is loaded with earmarks, carveouts, and favors for numerous lawmakers. The bill also contains provisions such as $410 million in funding for border security for the countries of Jordan, Lebanon, Egypt, Tunisia, and Oman. That provision was pointed out by GOP Rep. Dan Bishop of North Carolina as an example of questionable spending.

The bill also contains $1.2 million for “LGBTQIA+ Pride Centers,” $477,000 for the Equity Institute in Rhode Island “to indoctrinate teachers with ‘antiracism virtual labs,’” and $3 million for the American LGBTQ+ Museum, according to The Heritage Foundation.