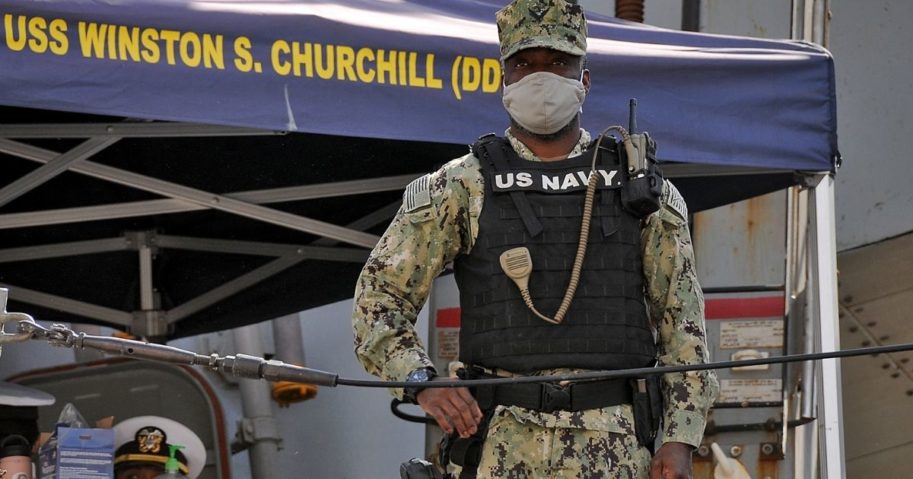 Three House Republicans have expressed their anger that the Navy is including books in an official reading list that one lawmaker called “harmful and subversive.”

The legislators said that the Chief of Naval Operations Professional Reading Program should not be including Ibram X. Kendi’s “How to be an Antiracist,” Michelle Alexander’s “The New Jim Crow” and Jason Pierceson’s “Sexual Minorities and Politics” on the list. The books are part of the vast mountain of literature expounding critical race theory.

“All three books reinforce the view that America is a confederation of identity categories of the oppressed and their oppressors rather than a common homeland of individual citizens who are united by common purposes and fidelity to the ideals of the Declaration of Independence and codified in the Constitution,” Lamborn and Hartzler wrote.

Fox News said it was told by what it called a “Navy official” that “exposure to varied viewpoints improves the critical thinking skills of its sailors.”

According to MyNavyExchange, a retail chain owned and operated by the U.S. Navy, the Chief of Naval Operations Professional Reading Program is “is designed to encourage all Sailors to read relevant books about the Navy. It provides Navy personnel recommended independent reading, which contributes to both professional and personal growth, education and development within the Navy Community.”

But critics said the Navy had it wrong.

All you need to know about the weakness, corruption, cluelessness, and hopelessly compromised condition of the top brass of our military is that one of the books on the recommended reading list for the Navy is Ibram X. Kendi’s book How to be an Anti-Racist. Disgraceful.

Why would our top Admiral put a book by an extremist on the Navy’s recommended reading that proclaimed America is racist & capitalism is evil; Said Amy Comer-Barrett was a white colonist by adopting 2 black children? China is building ships more advanced than ours & we do this?

Republican Rep. Jim Banks of Indiana had earlier targeted “How to Be an Antiracist” as not appropriate on a military reading list.

“The views promoted in ‘How to Be an Antiracist’ are explicitly anti-American. According to Kendi, the author, America is fundamentally racist, so anti-Americanism is a moral imperative,” Banks wrote.

“Cohesiveness and unity in our armed services is essential. Kendi’s ideas are divisive and will undermine morale and weaken our national security.”

The Navy is currently undergoing a 60 day review to combat “extremism in the ranks.”

They should start by reviewing their own reading list. It promotes an extremist book by far-left radical Ibram X Kendi that claims America itself is racist.
@TuckerCarlson & I discuss, 👇 pic.twitter.com/NqvpWedcOj

Banks wrote that he was “flabbergasted by the Navy’s decision to officially endorse such a harmful and subversive book.”

“As a former servicemember, the claim that ‘How to Be an Antiracist’ is consistent with the Navy’s core values is troubling,” Banks wrote. “In Kendi’s own words, the defining idea behind the book is that: ‘there is no such thing a not-racist idea,’ there are only, ‘racist ideas and antiracist ideas.’”

Cmdr. Nate Christensen, a spokesman for Gilday, said the admiral will respond to the legislators, according to Fox News.