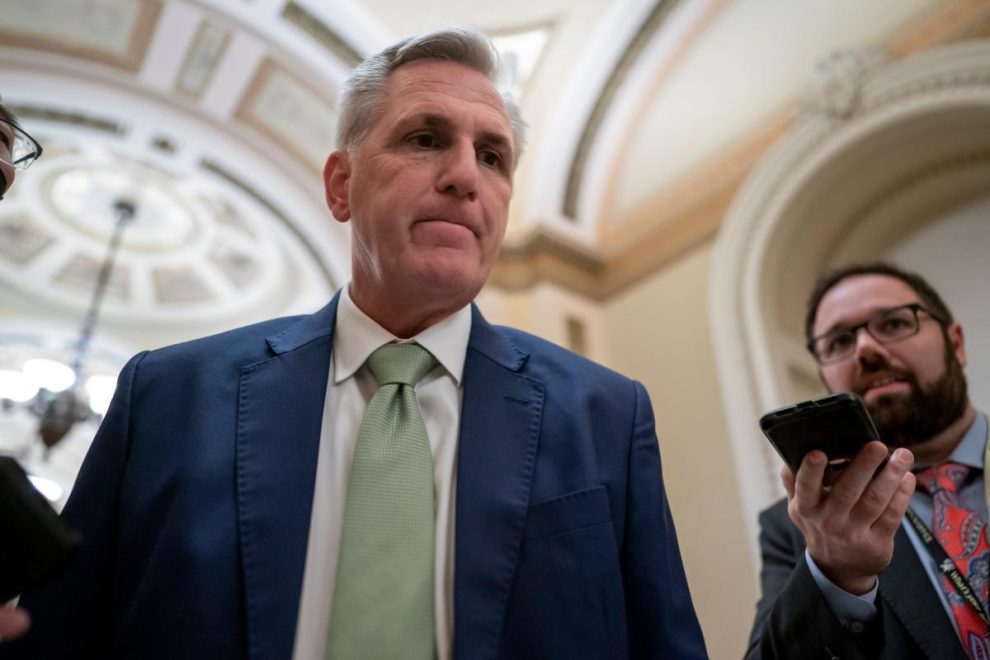 Kevin McCarthy had better be serious about this. Millions of Americans were shocked and outraged about the unprecedented raid.

Republicans in general, had better realize that we are now operating in a different political environment. Democrats have crossed a line and must be punished for it.

Trump announced in a statement that the FBI had raided Trump’s Florida home, Mar-A-Lago. In response to the raid, McCarthy said that Republicans will investigate every aspect of what led to the FBI raid against the former president.

The Department of Justice has reached an intolerable state of weaponized politicization.

When Republicans take back the House, we will conduct immediate oversight of this department, follow the facts, and leave no stone unturned.

Attorney General Garland, preserve your documents and clear your calendar.

Let’s be clear: This is a brazen weaponization of the FBI by Biden’s DOJ against his political opponent—while giving their political allies free passes.

House Republicans will hold them accountable next year.

The @FBI raid on President Trump was approved by Director Wray, who also claimed that the illegal FISA warrants used to spy on Trump were constitutional.

Today’s raid is outrageous and unjust, but predictable.

Bill and Hillary Clinton took $28,000 worth of furnishings from the White House.

Why did the FBI not raid their houses?

This is a political witch hunt to take down President Trump.

The FBI is raiding President Trump’s home in Maralago!

This is the rogue behavior of communist countries, NOT the United States of America!!!

These are the type of things that happen in countries during civil war.

The political persecution MUST STOP!!! pic.twitter.com/i4DYygLsvj