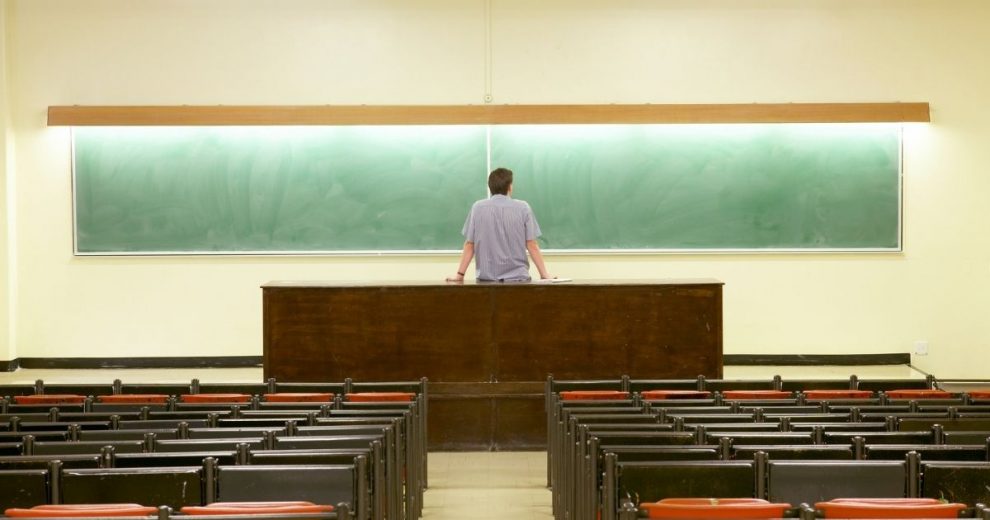 A rising tide of parental anger has been building across America as schools boards have jammed mask mandates, critical race theory, transgender activism and assorted other far-left extremist indoctrination tactics down the throats of children.

In response to defiant parents refusing to be pushed around any longer, Attorney General Merrick Garland earlier this month issued a memo saying that the Justice Department will now intervene on the side of school boards against parents.

Garland’s memo implied that parents who speak up against White House and teachers union-backed policies are a threat to society.

Garland’s policy came in response to a demand from the National School Boards Association that parents learn their place.

“As these acts of malice, violence, and threats against public school officials have increased, the classification of these heinous actions could be the equivalent to a form of domestic terrorism and hate crimes,” the group wrote in a letter.

The school boards association has since issued an apology for the reference to domestic terrorism, but not the general tenor of its attack on parents.

Republicans on the House Judiciary Committee sent a scathing letter to the National School Boards Association on Wednesday announcing the launch of their investigation into the organization’s war on parents in partnership with the White House.

“We are investigating the troubling attempts by the Department of Justice and the White House to use the heavy hand of federal law enforcement to target concerned parents at local school board meetings and chill their protected First Amendment activity,” the letter thundered.

Noting that the group’s letter denouncing parents produced the knee-jerk reaction of Garland’s memo, the letter added that Garland told the House panel that the letter’s wild claims were the basis of his anti-parent memo.

“The Biden Administration seemingly relied upon the NSBA letter — which it coordinated in advance with the NSBA — as justification to unleash the full weight of the federal law enforcement apparatus upon America’s parents,” the letter read.

“Parents have an undisputed right to direct the upbringing and education of their children, including expressing concerns about the inclusion of controversial curricula in their child’s education,” the House Republicans wrote, noting that the school boards association appears not to recognize that.

“Unsurprisingly, the NSBA’s September 29 letter to President Biden never once mentioned ‘parents’ or parents’ role in their children’s education — although its subsequent apology memorandum purported to value the ‘voices of parents.’ Concerned parents are absolutely not domestic terrorists and, to the extent actual threats exist, local law enforcement — and not the FBI — are the appropriate authorities to address those situations,” the letter read.

“Parents cannot tolerate this collusion between the NSBA and the Biden Administration to construct a justification for invoking federal law enforcement to intimidate and silence parents using their Constitutional rights to advocate for their child’s future.”

The letter called for a release of all the documents from the group and the Biden administration that were germane to its demand that parents be restrained from publicly advocating for their children.

The letter also asked whether, in light of its new-found claim that it values parents, “the NSBA will urge Attorney General Garland to withdraw or rescind his October 4 memorandum.”