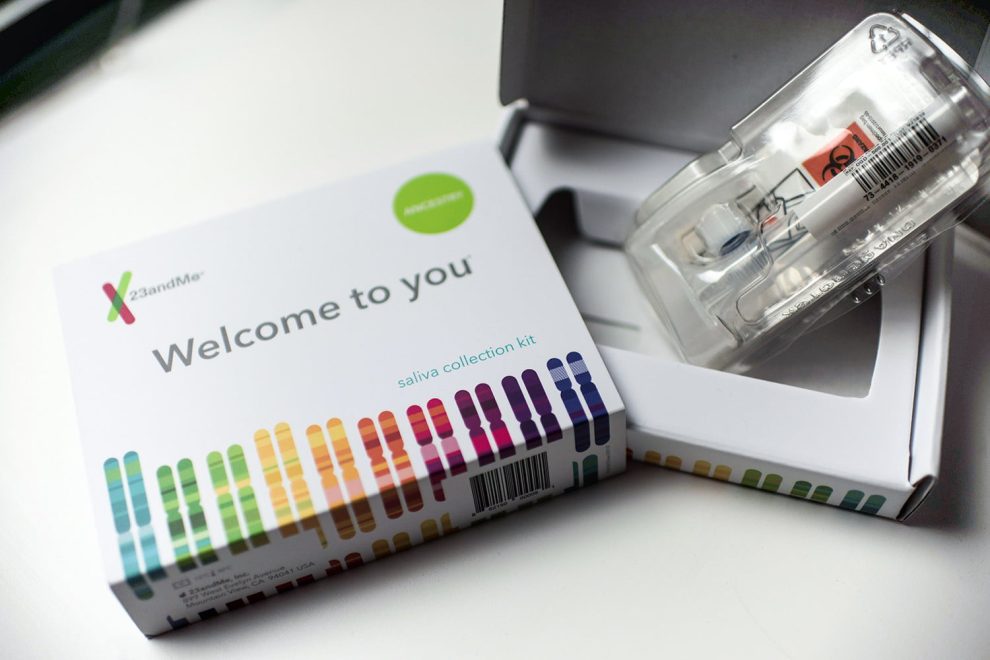 Here’s a weird and slightly scary story for you: House Intelligence Committee member Jason Crow (D-CO) told the audience at the Aspen Security Forum Friday that genetic tests like the ones offered by 23andMe could be a security threat. To wit, someone could steal your DNA test from the company and make a personalized bio-weapon against you.

Weapons could also be made against entire ethnic groups or even foods. Great. And here I was just innocently trying to find out where my ancestors came from.

Crow, a former Army Ranger who served three tours of duty in Iraq and Afghanistan, believes Americans are too willing to send off their DNA information to these companies without being aware of the risks:

Young folks actually have very little expectation of privacy, that’s what the polling and the data show.

People will very rapidly spit into a cup and send it to 23andMe and get really interesting data about their background. And guess what? Their DNA is now owned by a private company. It can be sold off with very little intellectual property protection or privacy protection and we don’t have legal and regulatory regimes to deal with that.

Not scared yet? Crow isn’t finished:

There are now weapons under development, and developed, that are designed to target specific people.

That’s what this is, where you can actually take someone’s DNA, you know, their medical profile, and you can target a biological weapon that will kill that person or take them off the battlefield or make them inoperable.

As far as I know, I don’t have too many mortal enemies, but I better hope I’m right because I sent in my 23andMe test years ago. My wife refused and said I was an idiot for giving someone else my entire genetic sequence; I called her a conspiracy theorist. Guess who’s laughing now?

She now points out that over the last two years we’ve seen conspiracy theory after conspiracy theory turn out to be… true. Even Anthony Fauci is now admitting that maybe the Wuhan virus came out of a lab; if you’d said that a year ago you’d be promptly booted off social media. DNA-customized weaponry was at the heart of the most recent James Bond flick, No Time to Die, for goodness sakes. Now it’s real.

Republican Senator Joni Ernst of Iowa was also in attendance at the Forum, and decided to terrify us with more ways DNA bio-weapons could be used, namely to target food supplies:

Food insecurity drives a lot of other insecurities around the globe. There’s a number of ways we can look at biological weapons and the need to make sure not only are we securing human beings, but then also the food that will sustain us.

The good news, if you can call it that, is that 23andMe has repeatedly said it does not sell customer data. In addition, industry heavyweights Ancestry, Habit, Helix, 123andMe and MyHeritage all signed on to a policy called Privacy Best Practices for Consumer Genetic Testing Services which details “when personally identifiable and anonymous genetic information can be shared with law enforcement (without a warrant) and other third parties,” according to Gizmodo. Unfortunately, there’s no legal oversight or law, so we’re basically just trusting them.

Technology can be a scary thing, and these observations by Senator Ernst and Representative Crow certainly are eye-opening. Let’s hope the good guys can stay one step ahead of the bad guys.