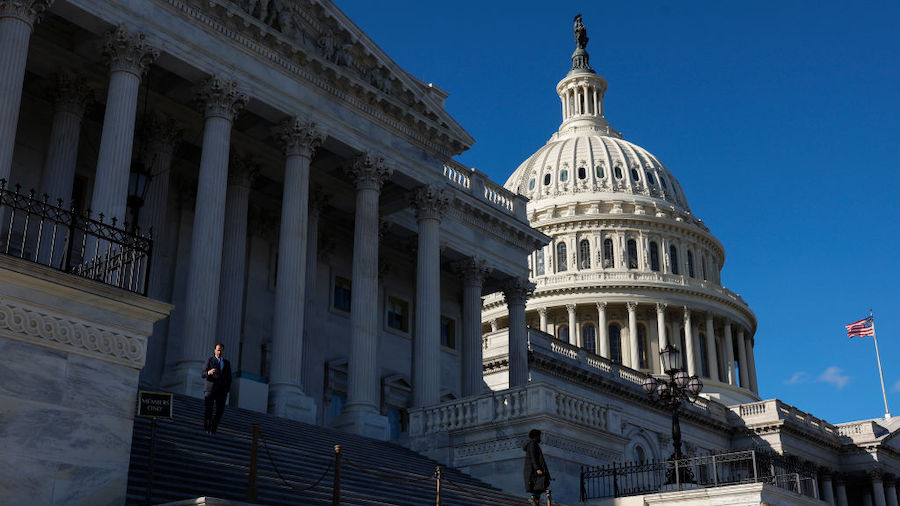 In one of its first acts this session, the GOP-controlled House passed a bill Wednesday geared toward ensuring steps are taken by health providers to protect infants born alive after an attempted abortion.

Republicans and their supporters championed the legislation as instrumental in guaranteeing life-saving care to newborns while Democrats and pro-abortion groups generally cast the bill as an attack on women’s reproductive rights and unnecessary because it is already illegal to kill infants who are born alive.

One Democrat, Rep. Henry Cuellar (TX), joined all voting GOP lawmakers to support the legislation. The final tally was 220-210, with Rep. Vicente Gonzalez (D-TX) voting “present” and three Republicans not voting. Despite the victory for Republicans in the House, the legislation likely won’t get far in the Democrat-led Senate.

The bill, called the “Born-Alive Abortion Survivors Protection Act,” establishes that health care practitioners who do not reasonably act to “preserve the life and health of the child” after an attempted abortion as they would any newborn face fines or up to five years imprisonment. The bill also outlines civil remedies for the mother of an abortion survivor.

“This reasonable legislation would protect a baby born alive following an abortion,” said Carol Tobias, president of National Right to Life. “This bill isn’t about interfering with a so-called right to abortion. It is about stopping infanticide. Congress must act now to pass this legislation and protect these vulnerable babies.”

Rep. Ann Wagner (R-MO), who introduced the bill, celebrated its passing following a years-long effort. She touted how the legislation will “ensure that every single baby born in the United States receives lifesaving medical care at their most vulnerable moment.”

The lower chamber also adopted on Wednesday a measure “condemning the recent attacks on pro-life facilities, groups, and churches.”

“We believe in Roe v. Wade. You wonder about our position? That’s it … What this bill is about today: a march towards criminalizing abortion care, a nationwide ban.” pic.twitter.com/O0TUNddmT5

Mini Timmaraju, the president of NARAL Pro-Choice America, released a statement criticizing Republicans for “doubling down on their anti-choice extremist values” and “forcing votes on bills that make it harder for Americans to access the care they need.”