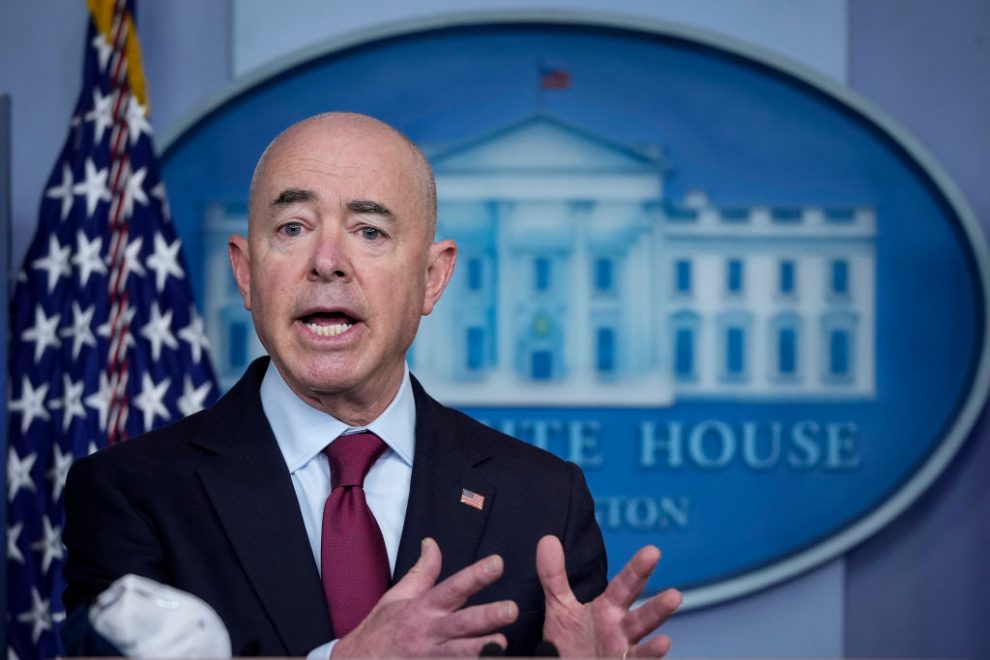 Republicans on the House Judiciary Committee have begun rolling out their investigative plans for next year in the wake of securing the House majority, and their plans include questioning nearly a dozen individuals within the Department of Homeland Security (DHS).

The Republicans, led by ranking member Rep. Jim Jordan (R-OH), sent a notice Friday to Secretary Alejandro Mayorkas requesting “prompt testimony” from Mayorkas and ten others with key roles in immigration and cybersecurity.

The Republicans stated in the notice, first obtained by Breitbart News, that they “anticipate requiring testimony” early next year from the individuals, who work in U.S. Citizenship and Immigration Services (USCIS), Immigration and Customs Enforcement (ICE), Customs and Border Protection (CBP), and the Cybersecurity and Infrastructure Security Agency (CISA):

Read the letter below:

Mayorkas has become one of Republicans’ top targets amid illegal migration at the southern border surging to record-breaking numbers under his watch.

Mayorkas, they wrote at the time, had demonstrated a “callous disregard for the safety and security of our southern border” and a “willful failure to enforce U.S. immigration law.”

They warned in their letter Friday they “may be forced to resort to compulsory process to obtain” the requested documentation if Mayorkas did not provide it before January.

Other DHS employees on the Republicans’ list include Jaddou, the head of USCIS, and Johnson, acting director of ICE.

Jaddou was nominated by Biden and confirmed to her position last year despite vehement opposition from Republicans. The Center for Immigration Studies, a pro-border control group, warned when Jaddou joined the administration that she would exercise “expansive use of parole and deferred action authority to give work permits and protection from removal to large categories of illegal aliens.” Johnson leads an agency that Biden effectively neutered when he took office, resulting in ICE deportation numbers dramatically dropping.

Those on the list from CISA work on issues related to elections and education.

The letter to DHS comes as House Republicans begin transitioning to the majority party, where they will for the first time in four years have control of committees and investigations, as well as subpoena power.

The letter marks the start of a rollout of priority investigations the Judiciary Committee has in store now that the midterms have ended.

Aside from DHS, Jordan has made clear that he and the committee plan to pursue numerous allegations of “politicization” within the Justice Department and FBI.

Jordan announced plans on Thursday to investigate the FBI’s handling of information about Hunter Biden and has warned of several other forthcoming Justice Department investigations in recent months.