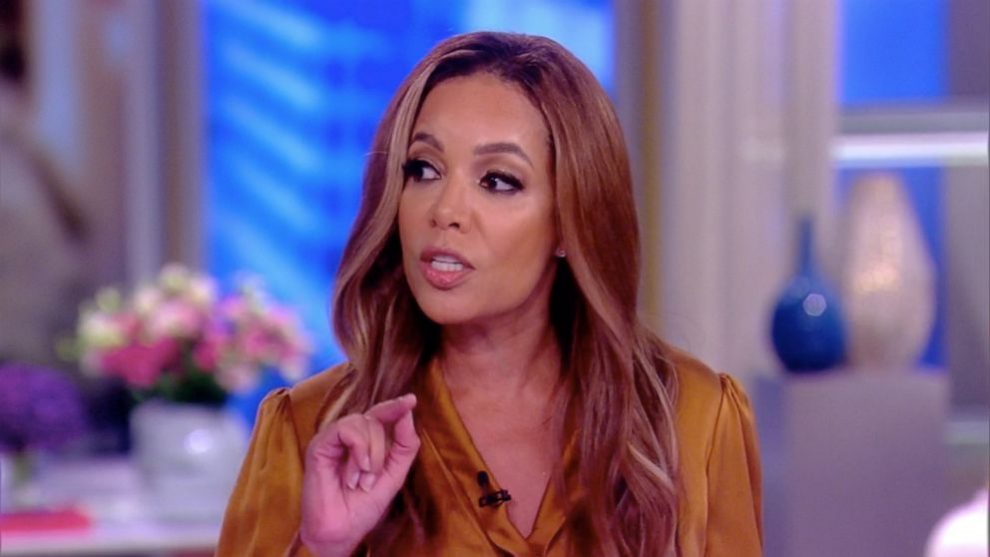 Sunny Hostin of “The View” says she is a practicing Catholic. Whether she’s a reading Catholic is a matter of opinion.

Yes, Hostin — like most Americans still functioning within the range of normal human response — deplored this weekend’s shooting at a gay nightclub in Colorado on Monday’s episode of the ABC daytime talk show.

From there, predictably, takes diverged wildly. Hostin and the rest of the ladies on “The View” think the shooter was religiously motivated, despite no concrete evidence to back that up thus far.

Hostin decided to take things a step further, however, saying Jesus Christ would be at the forefront of your annual display of LGBT decadence and licentiousness otherwise known as the “pride” parade — pride, of course, being the deadliest of the seven deadly sins.

Let’s back up a bit, because the liberals and/or faux conservatives on “The View” had a longer discussion on the matter.

For instance, even though co-host Whoopi Goldberg admitted we didn’t know what the shooter’s motive was, she blamed GOP Rep. Lauren Boebert of Colorado.

Token Republican co-host Alyssa Farah Griffin lamented the fact all 100 senators didn’t vote for a bill federalizing same-sex marriage rights, not mentioning the bill in question had insufficient religious protections attached — and, again, it’s still not clear that had any connection to the shooting.

Hostin then jumped, in, claiming “300 bills to restrict LGBTQ rights” have been introduced this year across the country, adding, “If you don’t want to go to a gay club because you don’t like gay people, don’t go to the club. Why do you got to shoot up the club?”

While non-sociopaths can all agree that those who “don’t like gay people” ought to stay away from gay nightclubs as opposed to shooting them up, Americans might be more divided over Hostin’s subsequent claim that Jesus Christ himself “would be the grand marshal at the pride parade.”

“I really, really believe that,” she said.

One understands Hostin’s impulse here. There’s been a shooting at a gay nightclub and the archetypal enemies of the gay community are supposed to be Bible-thumping Christians.

Like other cultural ambulance-chasers, Hostin thinks she’s putting two and two together and lending her support to LGBT individuals by insisting Jesus would be marching in front of their parade. It sounds nice — unless, of course, you’ve looked at the facts and read the Bible.

Let’s start with the fact we don’t know the motive for the shooting, which claimed the lives of five people at Club Q in Colorado Springs, Colorado.

The suspect, 22-year-old Anderson Lee Aldrich, was reportedly on the rolls of the Church of Jesus Christ of Latter-Day Saints, but the church says he ceased being active over a decade ago, according to Fox News; there’s no evidence he was still a practicing Mormon.

The most we know is that Aldrich has had previous issues with the law, having been investigated for bomb threats by the El Paso County, Colorado, Sheriff’s Office last year, according to the Daily Caller.

Then there is the issue of what happens at “pride” parades. Here’s one of the more family-friendly clips we can show you of the sexual excesses they generally bring:

Or how about this.

Are being forced or showed to watch men twerk or the famous naked Bunny man pic.twitter.com/61rXltoyXr

If you want to see the NC-17 footage, search it up yourself. Rest assured, social media companies will insist it stays up.

No matter what Hostin may think, the Bible is pretty clear on the issue.

“[J]ust as Sodom and Gomorrah and the surrounding cities, which likewise indulged in sexual immorality and pursued unnatural desire, serve as an example by undergoing a punishment of eternal fire.” — Jude 1:7.

“But as for the cowardly, the faithless, the detestable, as for murderers, the sexually immoral, sorcerers, idolaters, and all liars, their portion will be in the lake that burns with fire and sulfur, which is the second death.” — Revelation 21:8.

And, as the Daily Caller noted, the Catechism of Hostin’s own Catholic Church notes that “homosexual acts are intrinsically disordered,” “contrary to the natural law” and “do not proceed from a genuine affective and sexual complementarity.”

All of which is to say that while Hostin’s sound bite might have sounded like a provocative bit of what the left is fond of calling “allyship,” it’s decidedly unbiblical. Jesus certainly spent time ministering to the sinful — and we’re all sinners — but he didn’t uphold and support them in their sin. Anyone claiming he did desperately needs a refresher in his book.