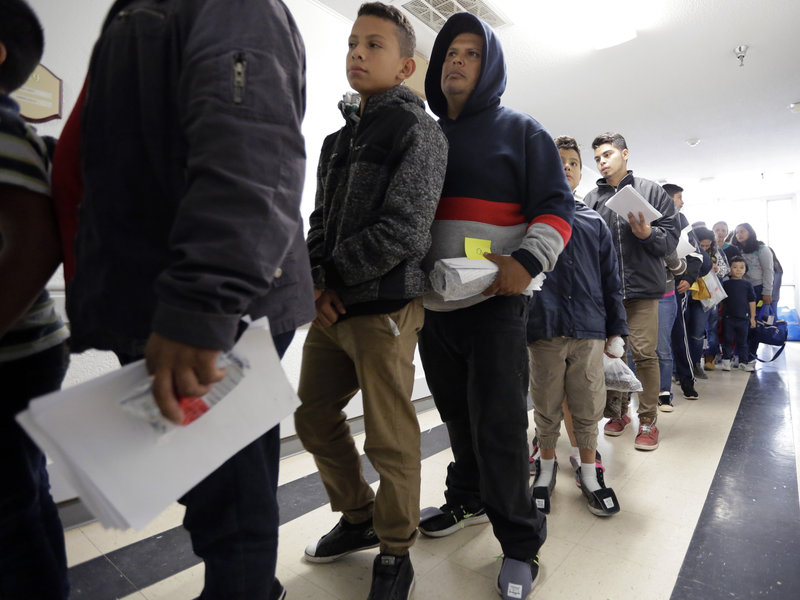 The agency said that a new policy will be instituted as the result of the “combined impact” of existing initiatives that will end the practice of detaining migrant families before releasing them into the U.S. while they await an immigration court hearing.

“With some humanitarian and medical exceptions, DHS will no longer be releasing family units from Border Patrol Stations into the interior,” McAleenan said in a statement, calling it a “vital step in restoring the rule of law and integrity to our immigration system.”

Under the new procedures, if a family does not claim fear of return to their home country, they will be deported to that country. If the family does claim fear of return, they will be returned to Mexico under the Migrant Protection Protocols, a Trump administration policy that requires migrants to wait on the Mexican side of the border while the U.S. processes their claim.

It’s unclear if the Trump administration will put forth a new policy or order formalizing the end of catch and release. Any new measure that curbs immigrants’ rights is sure to face lawsuits.

President Trump and acting Customs and Border Protection Commissioner Mark Morgan last week told reporters aboard Air Force One that they expected the administration would be able to end catch and release within a “couple of weeks.”

The president regularly exaggerates the practice during campaign rallies to paint it in a negative light, describing it as a program in which immigrants are released into the mainland U.S. and then refuse to return for their scheduled court date.

“You have a program, catch and release: you catch them and then you have to release them. And they’re supposed to come back to court in the next three, four, five, six years, and nobody shows up,” Trump said at a rally earlier this month.

The administration has in recent months ratcheted up its efforts to curb the number of legal and illegal immigrants coming into the country.

Trump and McAleenan have announced agreements with Honduras and El Salvador to encourage those countries to take in more asylum-seekers, U.S. Customs and Immigration Service has rolled out policies tightening access to benefits for immigrants, and the Supreme Court earlier this month upheld a policy significantly limiting the number of migrants who can claim asylum in the U.S.