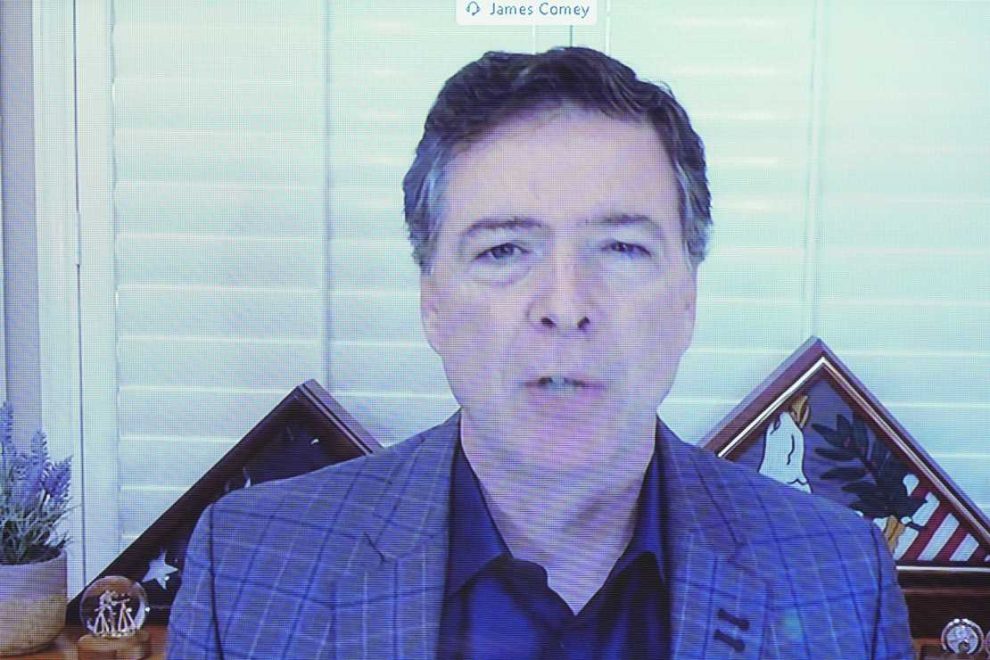 Do you ever get the feeling that we’re playing checkers while our enemies are playing chess? That things are not as they seem? That’s the way it feels in the story of Spygate, the Trump-Russia collusion lie, FBI corruption, and the latest chapter of that entire sad and duplicitous saga that was lived out in a D.C. courtroom this week. Hillary Clinton and Democratic National Committee attorney Michael Sussmann was acquitted by a jury whose forewoman said she felt the special counsel team led by John Durham should have better things to do than investigate a lawyer supposedly lying to the FBI about the president being a Russian spy.

No biggie, you understand.

As I reported for PJ Media, the evidence in the Sussmann case pointed to an extraordinarily cozy relationship between the FBI and Perkins Coie. Sussmann had credentials to get inside the FBI and was considered to be a trusted Confidential Human Source (CHS).

But the latest news about this relationship gives rise to more and more troubling questions.

Congressmen Jim Jordan (R-Ohio) and Matt Gaetz (R-Fla) say a whistleblower informed them that Perkins Coie, for which Hillary and the DNC’s campaign attorneys Marc Elias and Sussmann worked, had an FBI outpost there. That’s right, an office space inside the Perkins Coie law firm was run “in concert with the FBI,” according to Gaetz. And Michael Sussmann was “operating that worksite.”

There could be a simple (cough) explanation to which the proletariat are not privy on why the FBI would have an outpost there, but Gaetz has a few questions. In an appearance on Fox News Channel’s “Tucker Carlson Tonight” (see video below) Gaetz wondered, “What reason would there be for that? What leverage would the Perkins law firm have over the FBI given this work they’re doing together? Why would [FBI Director] Christopher Wray allow it to continue?”

But wait, there’s one more question: “Why … [was] the person on behalf of Perkins Coie operating that worksite Michael Sussmann himself [for the past 12 months]?”

The same guy Durham indicted for making false statements to the FBI?

Gaetz says, “now we learn that four years after that [Trump-Russia] lie that Michael Sussmann was operating this secure work environment.”

Carlson says the law firm sent him a letter in which they confirm maintaining this secure workspace since 2012.

What happened here? What does this mean? Why would this law firm need to have an FBI workspace in its building? Was it taken advantage of? Did the FBI willingly allow itself to be weaponized against the Republican candidate and president?

Gaetz says former federal prosecutors with whom he has spoken have never heard of such a setup, especially for what he called “an election attorney.” “Why would an election lawyer be operating a facility in this way?”

While Sussmann is an election attorney, he also specializes in cyber security, but it still doesn’t explain why the FBI office space is “operated” by him. And Sussmann also has as one of his clients another man being looked at by Durham, federal cyber security contractor Rodney Joffe.

Gaetz told Carlson that he is concerned “that politically motivated dirt was being converted into politically motivated in investigations.” That question appears to have been asked and answered so far in the Durham investigation and the Sussmann trial documents. That’s exactly what they did. Former federal prosecutor Andy McCarthy called this the “Ball of Collusion.”

It’s unclear what is in a “secure” FBI facility in Perkins Coie, but it might well be a SCIF with a computer, or “portal” to the FBI databases.

And there’s concern about its use or misuse.

Conservative Treehouse has been reporting for the past couple of years that the Obama administration began weaponizing the executive branch, such as the IRS and its lackey Lois Lerner as its chief source of information and potential dirt on political enemies, in cahoots with Attorney General Eric Holder. The tale is long, intricate, and awful, but suffice it to say, when that informational spigot was turned off for Obama’s spies looking for dirt on their political enemies, they cast about for new fonts of info.

Voila! The spigot was turned on in 2012 and ended on April 18, 2016, for “FBI contractors” when Admiral Mike Rogers, the head of the NSA, saw that contractors and outsiders were using their database, shared with the FBI, to make inappropriate “FISA-702 search” queries. This was confirmed by the head of the FISA court, the website reports, when Judge Rosemary Collyer excoriated the FBI for not just lying to her on her court’s FISA applications – Carter Page ring a bell? – but for making so many inquiries, some by the same outsiders over and over and over, that 85% of them were illegal. She accused the FBI of “lacking candor.” That’s FBI-speak for lying like a rug.

And now we learn the FBI had an office at Perkins Coie’s disposal and run at least for the last year by Michael Sussmann.