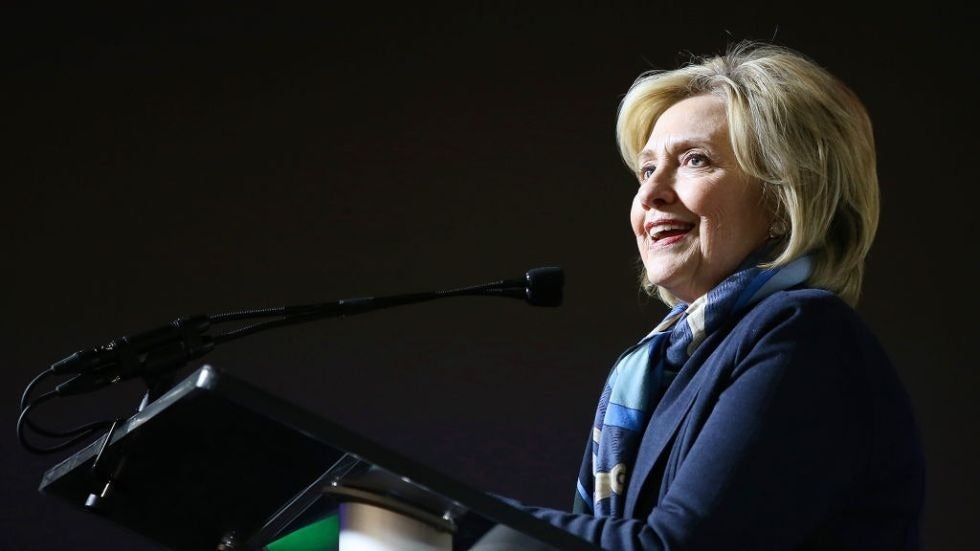 Is former Secretary of State Hillary Clinton leaving a path open for her to somehow become the Democratic Party’s nominee for president?

Her refusal to endorse a candidate in the Democratic primary certainly doesn’t close the door on the possibility of a vast left-wing conspiracy.

Appearing on CNN over the weekend, Clinton dodged a question from the network’s Fareed Zakaria when he asked her if she would be willing to endorse former Vice President Joe Biden.

While Clinton praised Biden for his victories on Super Tuesday, she stopped short of offering the candidate her full support.

“I think what Joe’s victories on Super Tuesday showed is that he is building the kind of coalition that I had basically,” she said, according to Politico.

“It’s a broad-based coalition,” she added. “I finished, you know, most of the work I needed to do for the nomination on Super Tuesday, and then it kind of lingered on, and I think Joe is on track to doing exactly the same thing: putting together a coalition of voters who are energized.”

The failed 2016 Democratic nominee also refused to say whether or not she would campaign for Sanders if he is nominated.

Clinton said of Sanders, “I do not think he’s our strongest nominee against Donald Trump.”

Zakaria then asked Clinton, point blank, “Is that an endorsement of Joe Biden.”

“I’m not endorsing,” she said.

After the CNN host pointed out that there is “nobody left,” Clinton conceded, “I guess that’s true, there isn’t anybody left.”

CNN's Fareed Zakaria quickly points out that there isn't anybody left in the Democrat's primary. pic.twitter.com/JgTXJVXTc9

The Democratic primary is essentially a two-person race, with Biden seemingly in the driver’s seat following his Super Tuesday victories.

Clinton, for her part, has been highly critical of Sanders ever since he mounted a stronger-than-expected challenge for the 2016 Democratic nomination.

“Honestly, Bernie drove me crazy,” Clinton said in recent a Hulu series about her life, The Daily Beast reported. “He was in the Senate for years. Years! He had one senator support him. Nobody likes him. Nobody wants to work with him. He got nothing done.

″He was a career politician. He did not work until he was like 41, and then he got elected to something. It was all just baloney, and I feel so bad that people got sucked into it.”

While she told CNN she will support the eventual Democratic nominee, Clinton’s refusal to endorse Biden, and her criticism of Sanders, raise questions.

Unless Clinton intends to shock the world by endorsing President Donald Trump, what is she waiting for? As Zakaria put it, there is nobody left to endorse on the Democratic side.

Clinton has been floated in some circles as a potential pick for vice president.

She told CNN, “Personally, I’d love to have a woman on the ticket, finally — again. We’ve had two women vice presidential candidates — one for the Democrats, one for the Republicans,” according to the New York Post.

Then-Republican Sen. John McCain chose Sarah Palin as his running mate in 2008, while Democrat Walter Mondale added Geraldine Ferraro to his ticket in 1984.

Both campaigns were ultimately unsuccessful, with McCain losing to then-Illinois Sen. Barack Obama and Mondale losing in a landslide to incumbent President Ronald Reagan.

Clinton told Zakaria that she would like to see a woman finally elected as vice president, but stopped short of saying whether or not she would consider the role.

With questions looming about Biden’s cognitive health and concerns about Sanders’ electability among Democrats, Clinton might be angling for something bigger.

If neither Biden nor Sanders wins a majority of delegates prior to this summer’s Democratic National Convention in Milwaukee, there is a possibility of a messy brokered convention.

Pledged delegates and superdelegates are not required to support either candidate if no one gets a majority on the first ballot — leaving the door open for anyone who can secure a majority of the 4,750 delegates available after that first vote.

Now, Clinton told BBC Radio in January that she was certain she would not enter the race. But she also said she thinks about “what kind of president I would have been, and what I would have done differently, and what I think it would have meant to our country and the world.”

“I think about it all the time,” she said.

It might not be the most likely scenario, but at this point, the door for a Trump-Clinton rematch seems far from closed. 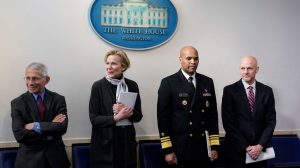 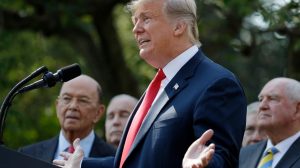 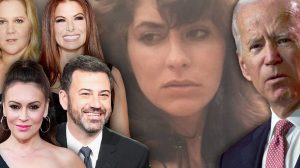 Nearly 100 Celebrities Outspoken Against Kavanaugh Are Silent On Biden