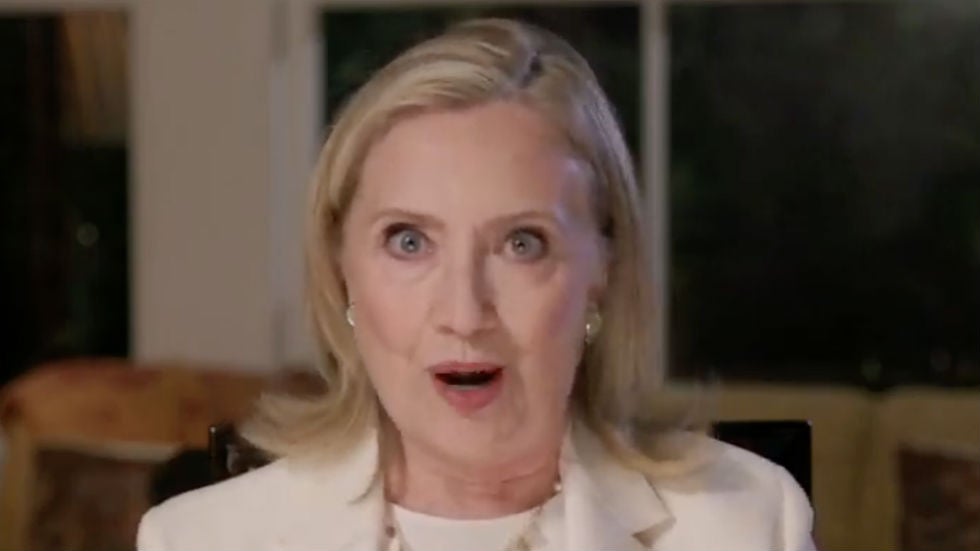 I’m beginning to think that Republicans ought to pay Hillary Clinton for helping to do in the Democrats at this point.

I wrote earlier this week about how Clinton made a “Deplorables 2.0” comment. She told MSNBC’s Joy Reid that American voters just didn’t “understand” the “threats” from Republicans. The first lesson in how to get voters? Don’t insult and demean the people whose vote you want. Clinton doesn’t seem to have learned that lesson.

Clinton is not the only one with that kind of delusional take. New York Gov. Kathy Hochul, who is in a tight gubernatorial race with Rep. Lee Zeldin (R-NY), attacked concerns about crime in the race, claiming that it was a national “conspiracy” by Republicans, even though New York voters have told her how important the issue is to them.

Violent crimes have reached unprecedented numbers in the last two years, with murders increasing by nearly 30% in 2020 compared to 2019, according to FBI data. By 2021, homicides continued to rise in major American cities across the country, with the Council on Criminal Justice releasing data in January showing a 5% increase in homicides compared to 2020’s wildly bloody year.

But if Hochul’s claims weren’t clueless enough, Clinton came out to campaign for her and doubled down on belittling voters’ concerns, claiming crime was higher in red states.

HILLARY CLINTON: "The states with the highest crime levels are states run by Republicans. That's just a fact! We saw that very clearly in the recent debate in Oklahoma." pic.twitter.com/20wFn4keup

“The states with the highest crime levels are states run by Republicans. That’s just a fact!” Clinton claimed.

But as Sam Janney from our sister site Twitchy observed, there is a big problem with this claim by Clinton — that even in the red states that might have high numbers, guess where that crime was coming from? The Democrat-run big cities.

Not to mention that, just coincidentally, the FBI stats for 2021 were messed up because cities like New York didn’t turn in their stats under the new system so the FBI just “estimated” what they were.

The bottom line is Republicans are talking about crime and inflation because they want to address those issues — that’s been Zeldin’s focus and he’s now leading in the latest numbers because he’s listening to people’s concerns. Democrats downplay those issues because they’ve done so badly with them. Democrats have been the party of deflect, defund, and bail reform that lets criminals out just to offend again. Voters know it and that’s why Democrats like Hochul are in trouble.