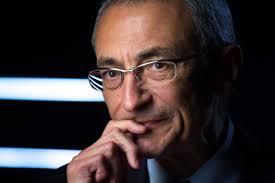 “I think Roger Stone’s on his way to prison, quite frankly,” Podesta told ABC News — as Stone awaits trial on allegations he lied about his indirect communications with WikiLeaks, the organization that blasted his hacked emails into cyberspace.

“I think at the end of the day, he can strut and he can do his Nixon impressions,” Podesta concluded. “But, maybe when the cell door clanks, he’ll feel a little bit more remorse.”

Podesta, 70, a veteran Democratic operative who served as a counselor and advisor to Presidents Bill Clinton and Barack Obama, spoke candidly about the 2016 hack, the allegations of Russian interference, and the ensuing probe, during a rare, in-depth interview for the latest episode of “The Investigation,” an ABC News podcast focused on the probe led by special counsel Robert Mueller.

See also  Space Probe Launched in 1977 Begins Beaming Back 'Impossible' Data from Beyond the Solar System
→ What are your thoughts? ←
Scroll down to leave a comment: