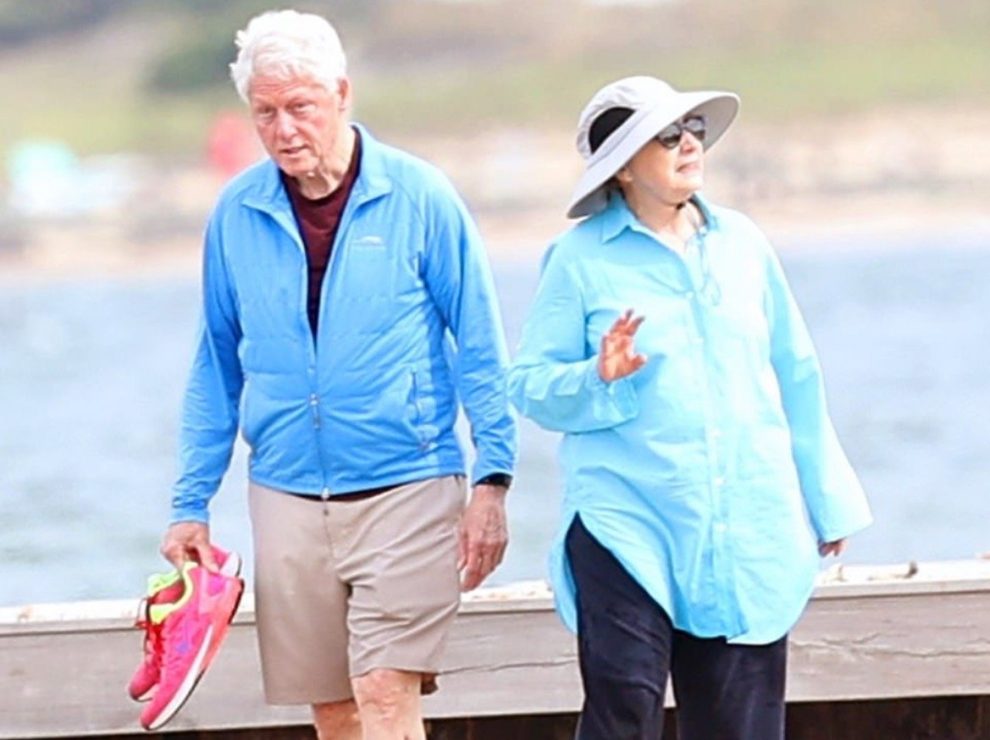 We sure dodged a bullet.

New York – Bill and Hillary Clinton were spotted strolling down the beach in the Hamptons on Tuesday.

Hillary looked haggard in an oversized blue button down shirt and baggy pants as she walked next to hubby Bill during their annual getaway to the Hamptons.

A haggard-looking Bill and Hillary Clinton are seen strolling down the beach during their annual getaway to The Hamptons.

Bill, 75, held his pink sneakers in his hand, while wife Hillary, 74, looked coastal chic in a flowing top and protected herself from the sun with a wide hat and sunglasses.

The family typically spend time in the celebrity summer haven every August. It’s unclear where the couple are staying now, but in previous years they’ve rented a home in Amagansett for $100,000 for a three-week stay.

That home has since sold for $29million.

Last August Hillary Clinton raised eyebrows after she was spotted in The Hamptons covering every inch of her skin, including her hands.

Was she taking certain medications that cause photosensitivity?

Hillary’s health has been declining over the years.

One of Trump’s greatest accomplishments was keeping Hillary out of the White House!