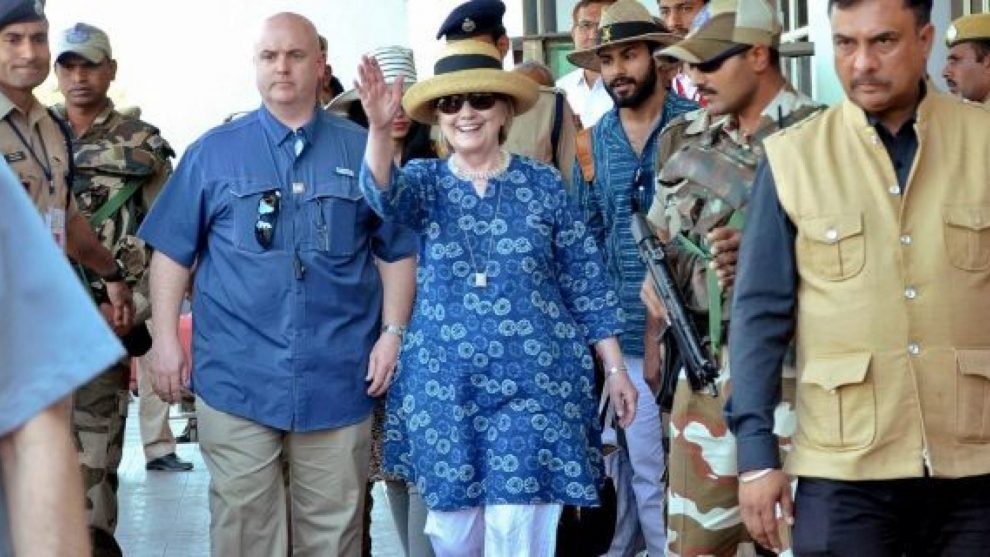 Former Secretary of State and presidential candidate Hillary Clinton offered a stark view of the country on Sunday, comparing the current “crisis in our democracy” to the turbulence that occurred amid the Civil Rights movement of the 1960s.

Speaking during a reception in Selma, Ala. to mark the 54th anniversary of “Bloody Sunday” and to receive the International Unity Award at the Martin Luther King and Coretta Scott King Unity Breakfast, Clinton said that the United States is facing a “full-fledged crisis in our democracy.”

“This is a time, my friends, when fundamental rights, civic virtue, freedom of the press, the rule of law, truth, facts and reason are under assault,” Clinton said, according to the Hill.

Clinton is one of a number of Democratic leaders in Selma this weekend for the ceremonies surrounding the “Bloody Sunday” anniversary.

Not to be confused with the “Bloody Sunday” massacre in Northern Ireland in 1972, the events being remembered in Alabama occurred on March 7, 1965, when peaceful demonstrators were beaten back by Alabama state troopers as they attempted to cross the Edmund Pettus Bridge. It was a moment that galvanized support for the passage of the Voting Rights Act later that year.

See also  FBI Agents Involved in Trump Raid are Under Criminal Investigation by Durham For Abusing Their Power in Trump-Russia Probe
→ What are your thoughts? ←
Scroll down to leave a comment: