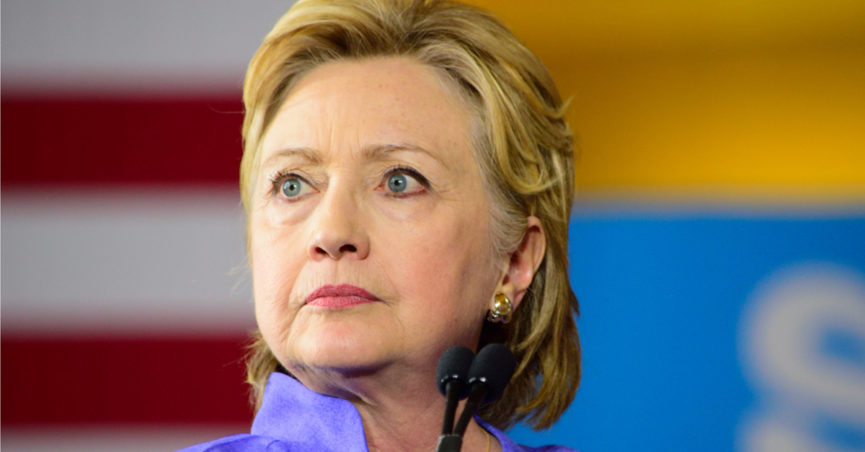 During an appearance on The Rachel Maddow Show on MSNBC earlier this week, former Secretary of State Hillary Clinton had some choice words for crypto bros navigating questions of deplatforming amid Russia’s invasion of Ukraine.

“If the Ukrainians with our help can impose enough economic pain on [Russian President Vladimir] Putin and, sadly, the Russian people, combined with providing weapons…that might be the only way…that I can see us getting to a stalemate that might save the Ukrainian people from even greater tragedy,” said Clinton, referring to the broad-based sanctions imposed by Western governments on Russian financial institutions and state-owned companies.

Clinton added,”I was disappointed to see that some of the so-called crypto exchanges, not all of them, but some of them are refusing to end transactions with Russia for some philosophy of libertarianism or whatever,” later in the segment. “Everybody…should do as much as possible to isolate Russian economic activity right now.”

Maddow, who seemed to agree with her guest, responded by calling crypto “an escape hatch” with potential to stymie “multilateral action.”

That’s precisely the point. Crypto’s transcendence of national borders is a feature, not a bug.

On Sunday, Ukraine’s Vice Prime Minister Mykhailo Fedorov instructed crypto platforms to freeze the blockchain addresses of Russian and Belarusian users. Many major players in the crypto world bristled at this, pointing to the fact that administering such sanctions or deplatforming people based on nationality runs contrary to the liberatory promise of crypto.

Of course, many country’s governments can and have cracked down on crypto exchanges in recent months by layering on reporting requirements for whenever large amounts of crypto are bought or sold. To a certain degree, exchanges are still subject to the rules of the countries they operate in—as opposed to cold wallets, which are offline means of storing your crypto. Since widespread crypto adoption is still in its infancy, governments are still ironing out their regulatory approaches; expect lots of different frameworks—and subsequent workarounds—in the coming years.

3/6 FWIW, I would guess that the vast majority of crypto holders on @krakenfx are anti-war. #Bitcoin is the embodiment of libertarian values, which strongly favor individualism and human rights. In Canada, crypto was the only financial rail left for those who opposed the regime.

None of that is to say that broad-based economic sanctions won’t be effective in applying pressure on Putin, but people within the crypto world tend to approach deplatforming people with major trepidation. Right now, ordinary Russians are being punished by sanctions for the sins of their strongman and it’s important to take seriously the pain that will be felt by them.

For now, Russian users are still serviced by cryptocurrency exchanges like Binance and Kraken, which allow people to retain some amount of financial freedom even as their prospects look grim. Perhaps more will flock to those options in the future; they should have both financial and physical exit from their country available to them if they so choose. And, where crypto possibly helps everyday Russians, it also helps the Ukrainians under siege, who are facing the financial instability that accompanies war.

Crypto provides security & refuge for ordinary people who ought not be punished for the sins of their government pic.twitter.com/fIZUcyHjYj

See also  SpaceX Flight Attendant Accused Elon Musk of Sexual Harassment
→ What are your thoughts? ←
Scroll down to leave a comment: