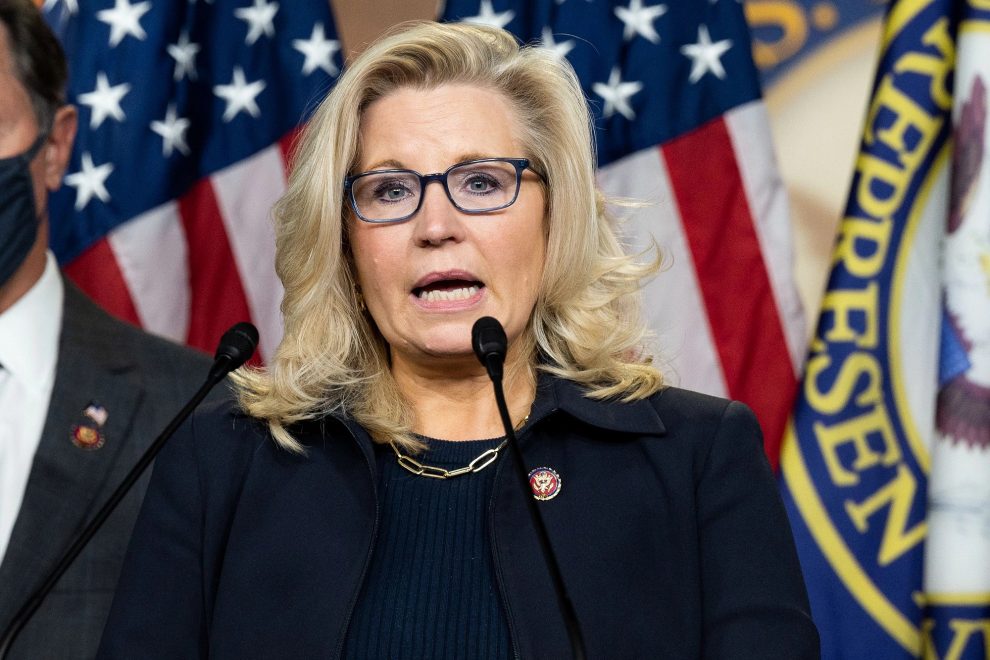 We’ve been keeping an eye on Rep. Liz Cheney’s primary race in Wyoming, and it hasn’t been looking good for her for some time now.

As we reported, she’s been trailing her Trump-endorsed primary opponent Harriet Hageman, at different points, by up to 30 points. Another poll in June found that 73 percent of Republicans in Wyoming viewed her unfavorably. On top of ignoring Republicans, she’s even begging Democrats to cross over and vote for her. That’s not going over well with Republicans.

But Cheney has some kind of delusional belief that not only will she win but that she might even have a chance at the presidential run in 2024. She thinks that her Jan. 6 Committee effort to take out Donald Trump is somehow going to carry her forward on that. But that’s truly next-level crazy. Most Americans are not watching the hearings, because they know it’s a biased attempt to get Trump and hurt Republicans. The only people who are watching it are the Democrats who already hate Republicans and Trump. That isn’t most of America, and those people aren’t going to vote for Liz Cheney once they get what they want out of her on the Committee.

The real trouble she has is that she’s been so focused on her hate for Trump and throwing in with the Democrats on the Committee, that she’s ignored her constituents and what they want. She’s not even made any kind of attempt to explain herself to Republican voters in Wyoming. She hasn’t even been seen at Republican town halls and such events. Meanwhile, Hageman has been crisscrossing the state, building up support. The Republican party has censured Cheney, and she’s burned her bridges with them big time.

But if you wanted to get a real sense of what most people in Wyoming are thinking about Cheney at this point, CNN, surprisingly, did a great report. They interviewed people at Frontier Days, and they had to search very hard to find anyone who supported Cheney. And most folks were not holding back with how much they disliked her at this point. This is frankly hilarious.

“Are you planning to support Liz Cheney,” the CNN reporter asks one older lady.

Another lady was asked about Cheney running for a fourth term. She responded, “Frankly I think she’s had three too many.”

“If it were about the rule of law,” one man said, why wasn’t Trump allowed a defense team? He called it a “kangaroo court” and said that wasn’t the “Wyoming way.” If the Committee allowed real defense evidence and rebuttal rather than the carefully crafted narrative, it would blow their efforts against Trump out of the water.

“Are you proud of her for taking on Donald Trump,” the reporter asked a woman.

“No,” she declared bluntly.

While they did find two people in the vast crowd of folks who were still supportive of Cheney, the report is yet one more point that shows Cheney’s goose is about to be cooked in Wyoming.