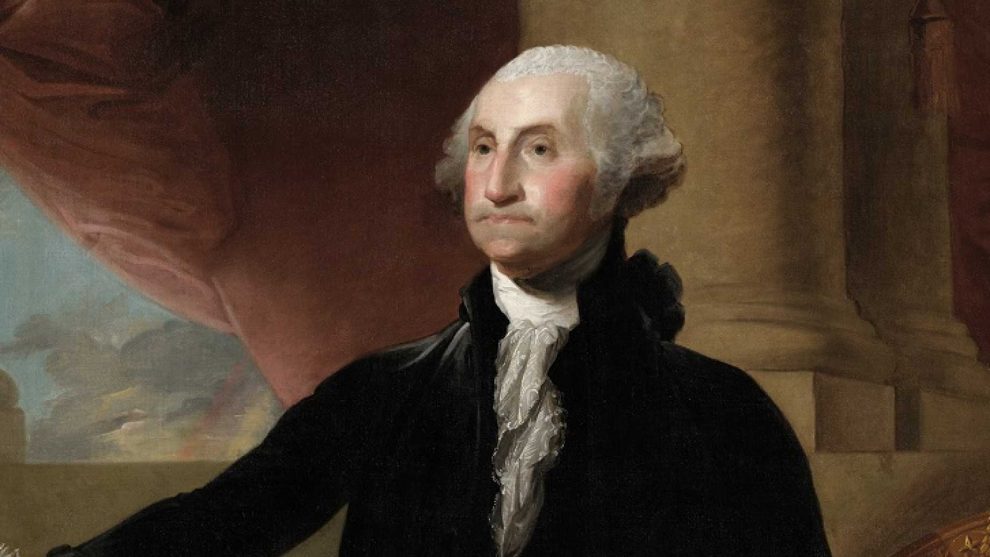 George Washington High School is considering removing two 83-year-old murals that depict moments in American history involving president George Washington and other found fathers, as well as black and Native Americans. According to reports, critics argue that two of the murals “traumatizes students.”

Two murals have fallen under scrutiny after existing in the hallways of George Washington High School in San Francisco, California, for the past 83 years, according to a report by Richmond District Blog.

The report adds that since the school opened in 1936, roughly 1,600 square feet of its interior walls have been covered with murals depicting the life of president George Washington. The blog goes on to describe the two murals in question:

In one mural, entitled “Mount Vernon”, George Washington appears to be in conversation with another Caucasian man who gestures towards a seated African-American man holding corn, presumably a slave. In other parts of the mural, African-Americans are engaged in acts of manual labor like hauling large bales of hay and picking cotton in the fields, while Caucasian men are also laboring at other tasks with tools. Washington’s servant, who is pictured holding his horse, is also African-American. The mural is a clear depiction of slavery in the United States, and of George Washington as a slave owner.

The second panel, entitled ‘Westward Vision”, depicts Benjamin Franklin and other founding fathers looking at George Washington as he points off in the distance, while he points with his other hand to a map. On the right side of the mural, as if carrying out Washington’s call for westward expansion, frontiersmen, depicted in greyscale unlike other figures in the mural, stand over the dead body of a Native American man, signifying the genocide of Native American life and culture.

In the bottom right of the “Westward Vision” panel, a frontiersman and Native American chief sit at a campfire smoking a peace pipe. On the ground at the chief’s feet is a tomahawk, symbolizing the disarming of Native tribes. Directly above the Chief’s headdress is a broken tree limb representing broken treaties made by the U.S. government with Native Americans, and broken promises made by settlers.

According to Richmond District Blog, community members first began calling for the destruction of the murals in the late 1960’s, after taking offense to the depictions of black and Native Americans, but the school had responded by installing new murals, portraying more positive imagery, likely in an attempt to offset the other murals in question.

Now, the calls to have the murals removed have returned to George Washington High School. Laura Dudnick, a spokesperson for the San Francisco Unified School District [SFUSD], told The College Fix that SFUSD held several meetings for a “Reflection and Action Working Group,” in which members of the community discussed what should be done with the murals.

“At its conclusion the group voted and the majority recommended that the ‘Life of Washington’ mural be archived and removed because the mural does not represent SFUSD values,” said Dudnick.

The murals had been painted by Russian-American painter and art professor Victor Arnautoff, who was assisted by artists George Harris and Gorden Langdon, according to the Richmond District Blog, which added that at the time, Arnautoff was a well-known muralist, having painted one of the murals at Coit Tower.

In order to create the George Washington mural series, the artist used the rare “buon fresco process,” which involved painting with earth-tone pigments directly onto the building’s wet plaster before it had dried.

The report adds that Arnautoff had to follow right behind the plasterers, who would work all around the building alongside carpenters, while the artist worked above them on a scaffold. And after ten months of working ten to twelve hours per day, covering about nine feet of wall per day, the George Washington mural series was completed.

“He included those images not to glorify Washington, but rather to provoke a nuanced evaluation of his legacy,” reads a recent report by Wall Street Journal regarding the George Washington murals.

“The scene with the dead Native American, for instance, calls attention to the price of ‘manifest destiny,’” adds the WSJ, “Arnautoff’s murals also portray the slaves with humanity and the several live Indians as vigorous and manly.” 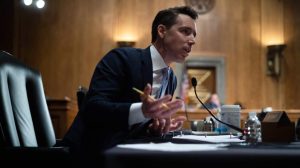 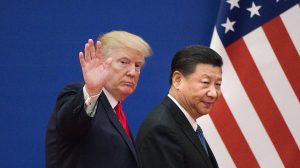 Trump: China ‘Getting Away With Murder’ 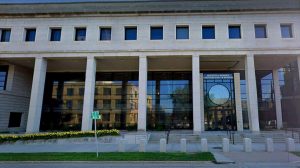