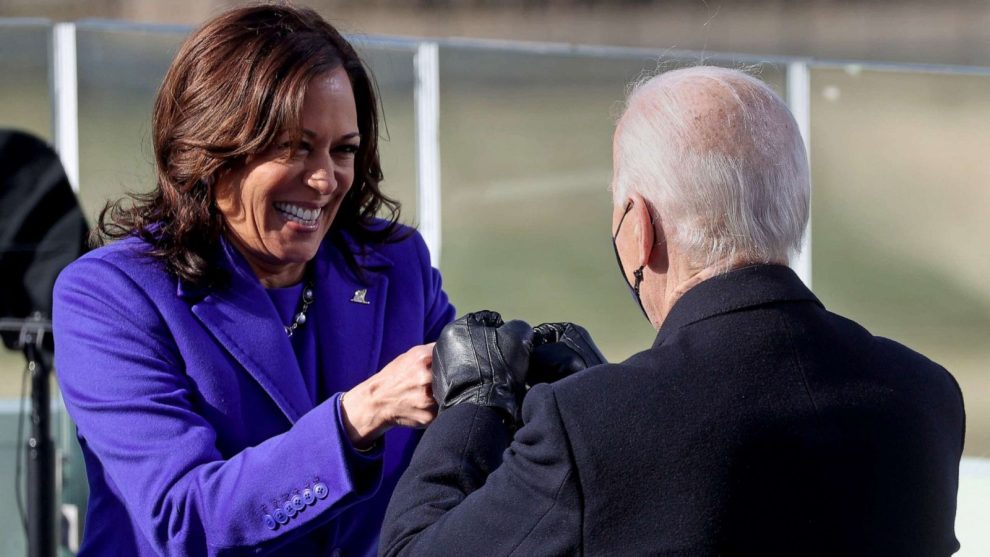 There have been scattered reports over the last year or so about alleged tensions between the Biden and Harris camps, with Biden’s people reportedly frustrated at the veep’s inability to appropriately handle the tasks given to her by Joe Biden, and the Harris camp’s belief being that Biden’s staff relishes pinning his multitude of failures on her.

Those tensions seemed to boil over into the public sphere directly between the two players at the center of it all back in November 2021 when Biden, Harris, and their respective spouses visited a D.C. soup kitchen around Thanksgiving to prepare plates for those in need. Videos and photos from the event showed Biden appearing to snub Harris at various points, with him spending most of his time talking to the kitchen’s chef.

Fast forward a few months and we’re learning per a new book from New York Times reporters that the situation between both sides has gotten worse, with Biden comms director Kate Bedingfield letting some inconvenient truths slip out about Harris:

🚨@playbookdc has a peek from our book at the tensions between the @VP & WH @alexburnsNYT and I report on the VP’s frustration w Biden’s lack of clarity on filibuster + the West Wing’s exasperation w VP office drama, which they blame on her

From the Playbook story:

— Harris allies complained throughout the first year of the administration that she was handed an impossible portfolio. According to the book, KATE BEDINGFIELD, Biden’s comms director, not only grew tired of the criticism that the White House was mismanaging Harris — she blamed the VP.

“In private, Bedingfield had taken to noting that the vice presidency was not the first time in Harris’s political career that she had fallen short of sky-high expectations: Her Senate office had been messy and her presidential campaign had been a fiasco. Perhaps, she suggested, the problem was not the vice president’s staff,” Martin and Burns write.

As the old cliched saying goes, “the truth hurts,” and in this case, Bedingfield’s alleged claims about Harris dovetail with stories we’ve seen since Harris was sworn in about how exceedingly difficult some former and current staffers say she has always been to work with beyond the standard rough and tumble one can expect working in the office of a high-profile politico (turnover among campaign staff during her failed 2020 presidential bid was said to be very high).

In addition to that, Harris has a tendency to blame her staff for problems that she herself creates. As the Washington Post reported in December, Harris can’t be bothered to do due diligence on anything she speaks publicly about. She expects to be able to spout off common talking points, buzzwords, and awkward word salads that make the media and the “woke” left salivate, but when she ends up getting embarrassed about it later, it’s the hard-working staffers behind the scenes who get punished.

As I’ve noted before, Kamala Harris has consistently been her own worst enemy and she continues to be. This is what happens when one’s career starts off the way Harris’s did. You begin to expect to be given preferential treatment as you climb the ladder and treated to fawning interviews in the press because of “who you are” and what you supposedly represent from a “historical” perspective.

As it turns out, being the “first” whatever really doesn’t amount to a hill of beans to the average person, especially if you keep demonstrating that not only are you really, really bad at what you do (which Harris often does) but also that you’re about as genuine as a $3 bill.

I’m sure working alongside Joe Biden has been no picnic, as his trail of missteps, bumbles, and catastrophic decisions is longer than Santa’s naughty list, but the vast majority of Harris’ problems are self-inflicted, and no amount of “but Joe made me do it” can change that inconvenient reality.