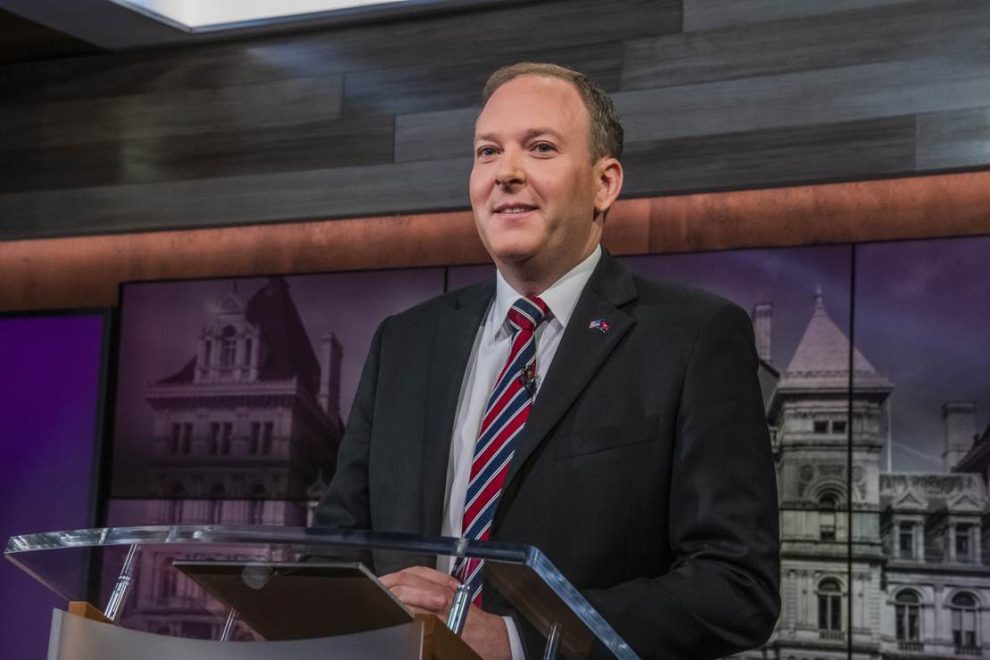 Rep. Lee Zeldin (R-NY) was a man on a mission during his debate on Tuesday against Democratic Gov. Kathy Hochul.

The big focus of their race has been crime, the top issue in New York. Zeldin has focused on it like a laser beam, and he’s closed the gap that he originally had with Hochul. As we noted, the latest poll had Zeldin leading by under a point. That probably means that Zeldin is up by even more.

But listen in the clips below, as Zeldin just decimates Hochul on crime. Hochul shows how limited the position of Democrats is on this point — all they can talk about is gun control. They’re not interested in doing anything that addresses the rise in crimes – other than gun crimes (not that gun control would actually even address those gun crimes). Zeldin gives a terrific and impassioned defense of New Yorkers — including himself — who have faced the scourge of crime.

This is why she was so desperate not to debate; she’s so unimpressive at it. Meanwhile, you see that Zeldin feels the points that he’s making, while she just smirks and looks like she’d rather be anywhere else, looking down on people.

Here’s an example of what Zeldin is talking about, and why crime is such an important issue to New Yorkers.

Subway shover under arrest. His name: Lamale McRae whose rap sheet includes 20 prior arrests, one for shooting a person. ARE YOU SURPRISED? pic.twitter.com/xCcvtuoN7V

But even if the police arrest suspects like him, the district attorney then lets the criminals back out on the streets–and that was the main point that Zeldin was making. That’s why you have so many people like the subway shover who had a long history of arrests.

But just like the Fetterman vs. Oz debate was over almost from the first response, Hochul did herself in with one response in particular. Zeldin said that Hochul wasn’t supportive of locking people up. Hochul then claimed, “Anyone who commits a crime under our laws…has consequences.” That’s demonstrably untrue, as everyone in New York knows. Example: the subway shover.

“I don’t know why that’s so important to you,” Hochul said.

MUST WATCH…Why are Dems in trouble in NY Gov? This attitude toward crime and safety

Zeldin: She still hasn't talked about locking up anyone committing any crimes

Hochul: Anyone who commits a crime under our laws…has consequences…I don't know why that's so important to you pic.twitter.com/uO3Vkf83OC

There it is, that’s the moment that Lee Zeldin just became Governor of New York right there. Hochul is just a clueless bureaucrat, in addition to a horrible debater. If Hochul can’t even understand why locking up criminals is important to the people of New York, what is she even doing in office? This is a huge problem and everyone in New York gets it, except Hochul. Play this on a loop over and over again until November 8.