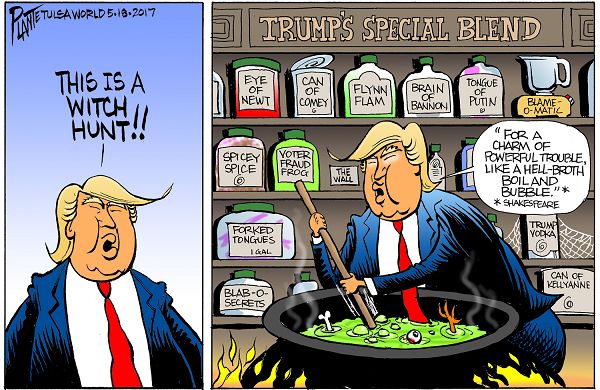 Court documents released last week in a lawsuit involving the Steele dossier revealed new details about the campaign to disseminate the infamous anti-Trump report to the press and within the U.S. government.

Much was already known about Fusion GPS and dossier author Christopher Steele’s efforts to seed the dossier with reporters and government officials. Fusion GPS founder Glenn Simpson orchestrated several meetings between Steele and Washington, D.C.-based journalists prior to the 2016 election. It has also been widely reported that Steele and Simpson met with government officials in an attempt to ensure that Steele’s unverified findings landed on the government’s radar.

A deposition given by David Kramer, a longtime associate of former Sen. John McCain, shed light on even more contacts with reporters and government officials. Kramer’s Dec. 13, 2017, deposition was released on March 14 along with a batch of other documents from a dossier-related lawsuit against BuzzFeed News.

By giving the dossier to government officials, Fusion GPS and Steele were able to create news hooks for journalists to write stories airing the dossier’s unverified allegations.

That was the case with Yahoo! News, Mother Jones, CNN and BuzzFeed News, all of which published stories not about the underlying claims made in the dossier, but about the fact U.S. government officials were handling the document.

Here are all of the contacts that Steele, Simpson and Kramer had with government officials and the press.

Fusion GPS and Steele’s contacts with US government officials

Simpson and Steele, a former MI6 officer, made contact with two separate government officials during the campaign to disseminate the dossier.

Steele met with Justice Department official Bruce Ohr and his wife, a Fusion GPS contractor named Nellie Ohr, on July 30, 2016, to provide some of the information he had gathered in his investigation.

Simpson reached out and met Bruce Ohr on Aug. 22, 2016. Bruce Ohr told Congress on Aug. 28, 2018, that Simpson told him of possible intermediaries between the Trump campaign and Kremlin. Simpson and Bruce Ohr met again on Dec. 10, 2016. During that encounter, Bruce Ohr says Simpson handed him a memory stick with what he believes was a copy of the dossier.

Steele met with Jonathan Winer, a State Department official with close ties to former Secretary of State John Kerry, during summer 2016. He told Winer about the information he had gathered, and Winer wrote a two-page summary to give to others at the State Department.