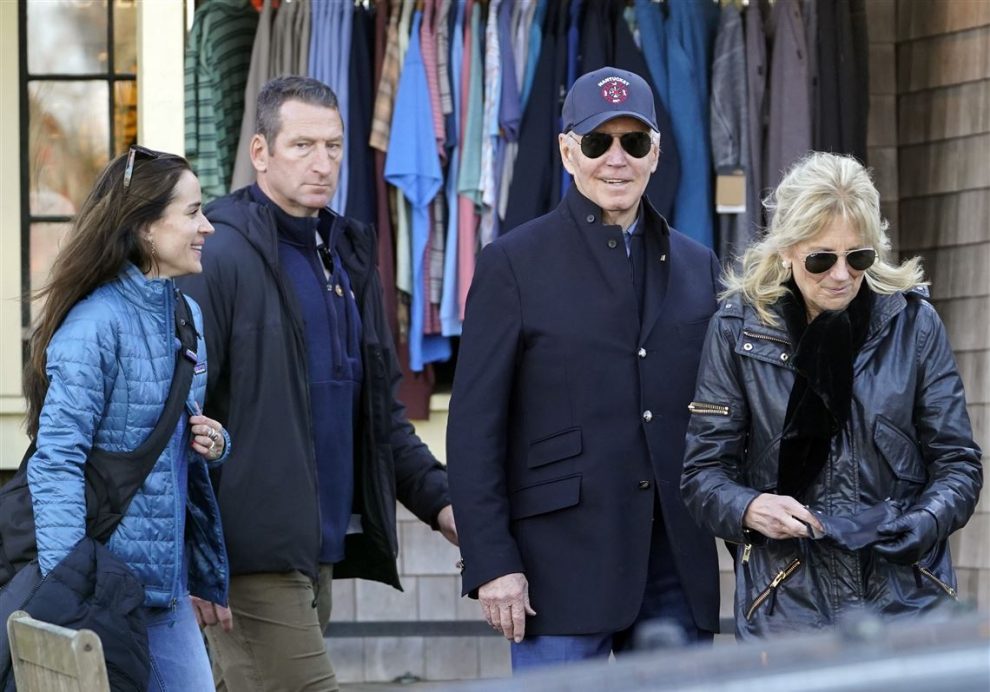 Joe Biden has been on his umpteenth vacation in Nantucket since November 22.

While he’s frequently attacked billionaires about paying their “fair share” in taxes, he is staying at the $20 million home of private-equity billionaire David Rubenstein. He stayed there last Thanksgiving week as well.

He hasn’t been doing well with the media while he’s been there.

In his first controversial vacation comment, he claimed that there was no reason for anyone to have “semi-automatic guns” — advocating for banning all modern guns. That did not go over well.

Then he contradicted what White House Press Secretary Karine Jean Pierre had said about his involvement regarding the rail strike. She claimed he was “directly” involved in the negotiations, but he claimed he wasn’t.

The media tracked him down when he was out on the street shopping. At one point, he blew them off.

Reporter: "Mr. President, will you come talk to us?"

He was also asked if he would be meeting with the new Congressional leadership as he was holding hands with his daughter Ashley. He seemed to think that was an odd question and blew off the reporter there as well.

Q: "Mr. President, when will you meet with new congressional leadership?"

BIDEN (who's out shopping in Nantucket): "You ask the most unusual questions." pic.twitter.com/Na6MM0qa1b

But there was this moment on Friday that was so quintessentially Biden. He was asked a question about the draw between England and U.S. in the World Cup. Now, keep in mind that he spoke with the team a few days before on Monday and he told them everyone is “rooting for you.” So he should have at least known they had games going on. But he had no idea what the reporters were even asking him about when he gave them this completely blank look. He certainly wasn’t paying any attention to the game, despite what he had said.

REPORTER, yesterday: "Mr. President, USA tied with England. Any comment on the draw?"

BIDEN: "Is the game over?" pic.twitter.com/WWVx0G5iHl

Biden has to be quickly briefed by an aide who tells him that the U.S. team tied with England. That was a great result for them, given England’s strength. Biden then tried to cover by asking if “the game was over” as though he had been paying attention and we didn’t just see him being briefed right in front of our faces.

But this is what they’re constantly doing with his cluelessness, it just isn’t always as obvious as it was here.