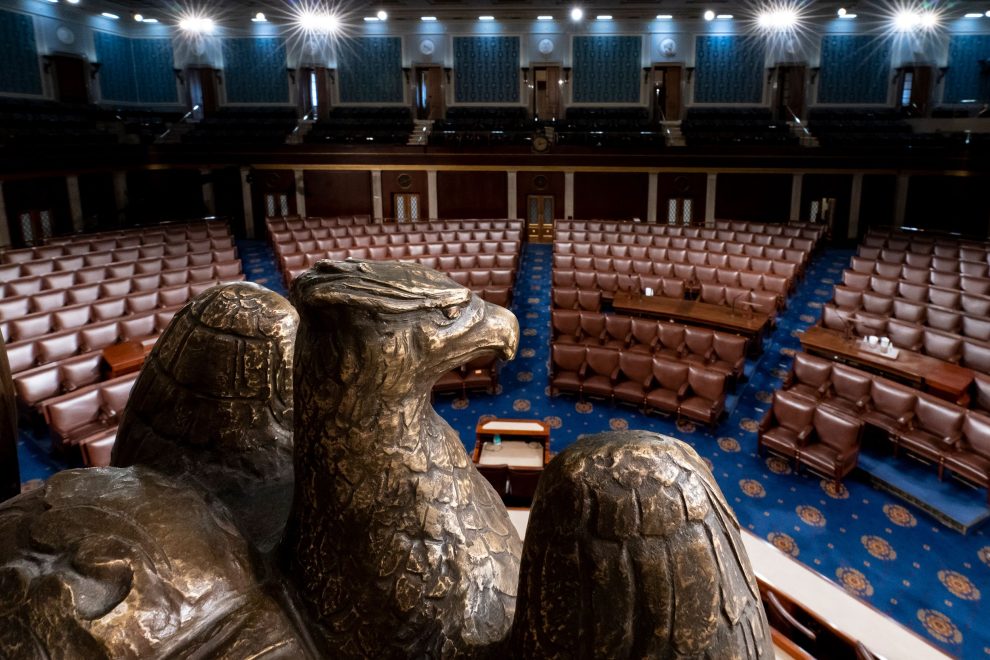 The GOP is expected to take over the US House of Representatives in 2023 next week. Here are the first 10 actions they should take after taking control.

House Republicans are preparing to investigate the Biden White House for several things, including the ongoing border and fentanyl crises, the energy crisis, Biden’s withdrawal from Afghanistan, Hunter Biden’s business dealings, and the origins of the coronavirus.

Joe Biden, Hunter Biden, Joe Biden and their associates need to be subpoenaed immediately to testify before Congress. The House Republicans need to enforce any ignored subpoenas with arrests.

2. Investigate Joe Biden for violating his own Sexual Predator-Groper Bill.

There are literally HUNDREDS of images and videos of Joe Biden fondling, touching, rubbing, sniffing, children and women over the years and throughout his presidency.

There is evidence Joe Biden was showering with his young daughter naked at an inappropriate age. This came directly from her own diary.

The fake news mainstream media has hidden this for decades from the American public. It’s time this lewd and grotesque behavior is called out.

Now that we know Congress has a right to these documents they MUST demand these tax returns from Democrat leaders.

Then immediately release the documents to the general public like they did with Donald Trump. Let the grassroots activists do the research.

The corrupt DOJ and FBI and Capitol police are withholding the release of thousands of hours of video from the US Capitol on Jan 6. The only reason is that they don’t want Americans to see it.

What are they hiding?

And investigate why Americans are having their homes raided for walking into the US Capitol on January 6?

Why are Trump supporters languishing in prison with violent inmates for two years without trial?

5. Demand the FBI, DOJ, Capitol Police, etc. release information on the dozens if not hundreds of federal operatives working inside the crowd and organizing violence on January 6, 2021.

6. Demand a copy of the affidavit and all supporting documentation for the Biden DOJ-FBI raid on President Trump’s home.

Some say that the affidavit related to the FBI’s raid of the President’s home is garbage. Americans need to see it.

7. Get all of former Speaker Pelosi’s emails, text messages, her film crew’s footage, and records related to the 2020 election and Jan 6

What did Nancy know and when did she know it? Why did she not protect the US Capitol on Jan 6 and how much did she know about the setup and Deep State informants involved in the violence that day?

Most people know that Ilhan Omar married her brother so he could enter the US. But many don’t know that her father committed immigration fraud as well to enter the US. It’s time to address this individual being inside the US House.

9. Begin immediate investigation into Democrat dark money and the many corrupt Democrat-linked NGOs that they use to skirt US laws.

10. Begin an investigation and audit of all money sent to and from Ukraine, especially money related to the Bidens and other corrupt politicians. And the related donations to Democrats from FTX crypto company.

The first thing the GOP should do is go to the basement of the Capitol or wherever it is located, to obtain and release the testimony of corrupt former Deep State Intelligence Community Inspector General (ICIG) Michael Atkinson.

Atkinson changed the IC whistleblower form in September of 2019 shortly after a CIA Agent, who was spying in the Trump White House, drafted a complaint on President Trump.

Atkinson saw to it that the whistleblower form was updated to allow for secondhand information, which the ‘whistleblower’ (believed to be Eric Ciaramella) provided in his complaint. Although the form should not have been accepted based on second-hand information and because it was about the President of the United States (who is not a member of the IC), Atkinson accepted the complaint.

Adam Schiff has kept Atkinson’s testimony hidden since the day he gave it. It is believed to totally exonerate President Trump in the first Deep State impeachment and implicate Schiff and the Deep State. This is why these liars have never released it.

12. Investigate all actors related to the attempted coup of President Trump starting with the Russia collusion sham.

Start it off by bringing in Andrew Weismann. Interview him on Russia collusion activities and all of his corrupt acts going back 30 years at the DOJ.

Finally… Number 13: Subpeona the footage from the Capitol Police of the Paul Pelosi attack in California. This story doesn’t add up.