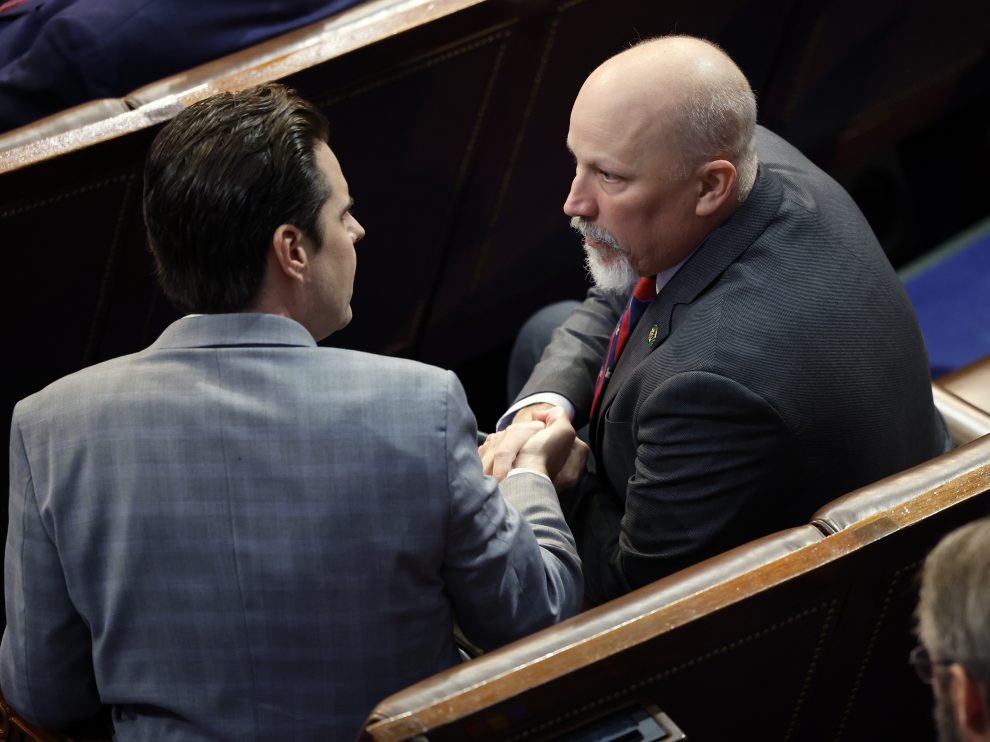 After days of negotiations and 15 roll call votes, California Rep. Kevin McCarthy became House speaker early Saturday morning after reportedly giving major concessions to a group of Republican holdouts increasing the influence of some of the chamber’s most conservative members.

McCarthy’s concessions include changes to how the House is run, placing members of the House Freedom Caucus on key committees, and the creation of a committee to conduct a major investigation into the FBI.

“I feel like the American people won. I feel that the House of Representatives will be a healthier institution,” Florida Rep. Matt Gaetz, who staunchly opposed McCarthy throughout the historic week, told the New York Post. “Many of these things had been resisted by Kevin McCarthy as early as Monday and now we have an exquisite rules package.”

While some critics accused the holdouts of grandstanding, in the end, McCarthy reportedly gave in to much of the demands of the bloc. According to Freedom Caucus Chairman Rep. Scott Perry (R-PA), the “juice was worth the squeeze.”

Perry, alongside other members of the opposition, posted lists of concessions they had gained from McCarthy to earn their vote. These included getting a vote on a border security plan, a budget that doesn’t allow the debt ceiling to increase, an end to all COVID mandates and funding, a term limit vote, single subject bills, and allowing at least 72 hours given for members to read bills.

Another key provision is allowing for any member to introduce a motion to vacate the chair, meaning that members can demand a vote to remove the Speaker from the position. Another concession that was discussed throughout the week was creating an open amendment process to bills, making it easier for lawmakers to change bills during debate.

“Any power that limits the speaker’s power is a step in the right direction,” one Freedom Caucus staffer told the Post. “The Freedom Caucus is more relevant than ever, and McCarthy won’t be able to get anything done without our endorsement and support.”

Members of the Freedom Caucus will also reportedly be placed on the Rules Committee and the Appropriations Committee, committees crucial to how the House runs and how funding is doled out.

Another key concession given to the McCarthy holdouts was the guarantee that a Church-style committee would be formed to look into the politicization of the FBI. The Church Committee investigated CIA abuses in the 1970s, which led to the exposure of things like the infamous MKULTRA program.

“With the rules agreement we negotiated, we will have a powerful Church-style committee to go after the weaponization of the federal government – the FBI, DOJ, DHS, and all the rest,” Rep. Dan Bishop (R-NC) said. “This is a victory for the Constitutional rights of all Americans.”

Russ Vought, a former Trump admin official and president of the Center for Renewing America, praised the holdouts for the concessions gained from McCarthy. “This agreement would not be possible but for the early and immediate five members who defined the art of the possible by publicly declaring their opposition to Mr. McCarthy,” Vought said.

The House will vote on the rules package on Monday, setting up another potential fight among Republicans. Texas Rep. Tony Gonzalez, a moderate, has already promised to vote against the rules package.