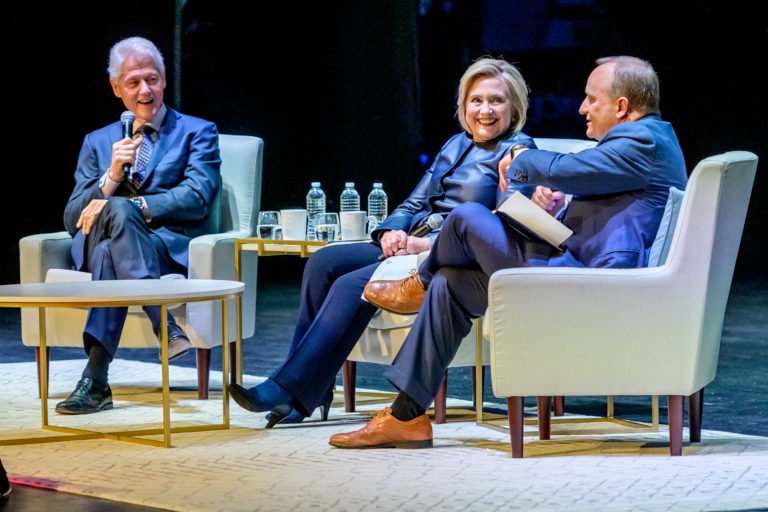 The opening of Bill and Hillary Clinton’s national speaking tour reportedly included a front-row heckler who labeled the proceedings as “boring” before being hauled off by security.

The New York Post’s Maureen Callahan, who paid $210 to attend the 90-minute talk, wrote about her experience watching “longtime Clinton lackey Paul Begala” launch “softballs” at the Clintons in what, in her opinion, turned out to be a “snoozefest.”

At least until “the most exciting moment of the night,” when “a man in the front row stood up and interrupted.”

“Bill, this is boring!” he yelled. As he tried asking his question — “Why don’t you talk about — ” Hillary immediately began talking over him, saying that the “important political conversations” they were trying to have could be difficult, especially when interrupted by such “agent provocateurs.”

The heckler was, of course, swiftly hauled away, and the conversation returned to Bill talking about the good old days when he was president …

See also  Green Day Rocker Billie Joe Armstrong Renouncing His Citizenship over Roe Reversal: ‘F**k America’
→ What are your thoughts? ←
Scroll down to leave a comment: