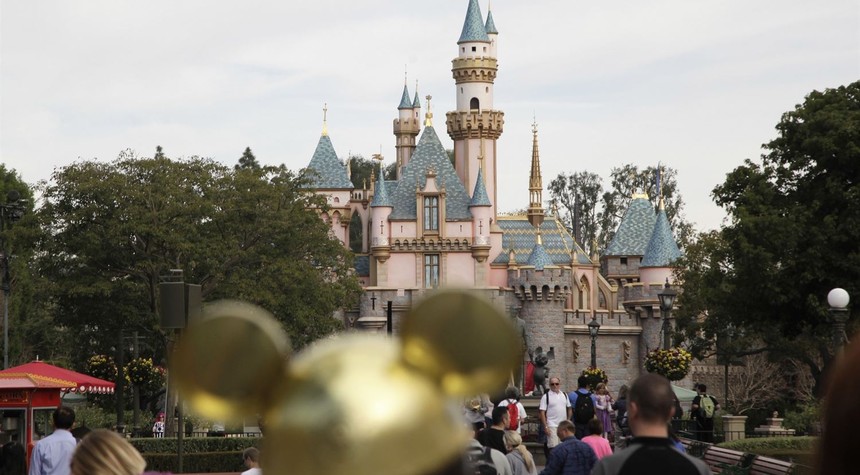 I’ve been on quite the carbohydrate binge since Easter. It’s now come to the point where I either stop that or begin speaking like Jabba the Hutt. Heck, I may already be doing so but people are just too polite to tell me.

COVID-19 isn’t the only plague that this country has been dealing with these past couple of years. Woke wandered away from college campuses and infected almost every area of life, including the boardrooms of corporate America.

We’ve seen a lot of culture wars on the woke battlefield play out and it often seems as if the lunatic fringe that starts the fights is prevailing. That’s just because they’re loud. Like shrieking toddlers during a tantrum.

Upon closer examination, however, the woke crowd may not be doing that well.

There was the Joe Rogan/Spotify drama, where the rage mob tried to get the latter to nuke the former and lost. In fact, all the wokies really accomplished was getting Neil Young to leave the platform, thus sparing the ears of all its subscribers.

Even bigger was the backlash against woke school curricula that flipped Virginia from blue to red last year.

We have some recent, prominent examples of woke weariness setting in a little. Chris wrote a post on Sunday about the latest not-so-comedic incarnation of the once-funny Jon Stewart:

Stewart quit The Daily Show right before the Trump era, which means he missed out on a golden opportunity for his brand of comedy. Post-Stewart, left-wing late-night comedy these days is unfunny and full of cheap shots and low blows aimed at conservatives. Lesser comedic commentators like Stephen Colbert, Seth Meyers, Trevor Noah, and John Oliver are insufferable, and they don’t even have occasional moments of genuine humor. Saturday Night Live goes woke and unfunny more often than not these days too.

See also  The U.S. Approves Oil Production, but You Won't Believe Where

Stewart has become one of those lesser comedians too, or at least that’s what his post-Daily Show career seems to suggest these days. His new show on Apple TV+, The Problem With Jon Stewart, garners a fraction of the viewers that The Daily Show did under his watch. To be fair, a streaming service is bound to bring smaller numbers, and the sparse, bare-bones production of the new show isn’t winning over critics or fans.

But the controversy he generated for his critical-race-baiting of Andrew Sullivan on the eighth episode of the show may be more representative of the real problem with Jon Stewart. It turns out that Trump may have broken Stewart as much as he broke others on the left.

The Jon Stewart who would occasionally skewer his own side is no more, having fully succumbed to woke sickness. He’s a bad parody of his former self and it’s tough to watch. His obeisance to the gods of woke isn’t paying off much. Chris has numbers in the post for how the new show is doing and they aren’t exactly stellar.

Now that Stewart has gone all-in on woke, it means he is also all-in on censorship.

That’s when the funny dies.

Kevin wrote over the weekend about three of the most prominent recent tales of woke gone bad: Netflix, DeSantis/Disney, and CNN+. We have all delighted in the rapid demise of CNN’s ridiculous subscription service. The bigger story though is the declining stock fortunes of Netflix and Disney.

Netflix is blaming its woes on more competition and password sharing, which are both valid points. However, the Network has become insufferably woke in the past few years too. Entertainment companies have acted for too long as if conservatives aren’t consumers too. The karmic payback for that ongoing faux pas seems to finally be happening.

Wokeness finds its power on the fringes. Once it moves inland here in the United States it loses steam. Sure, the lunatic leftists will never give it up. Moderate Democrats in flyover country seem to be realizing that they may not have much in common with the AOCs of the world.