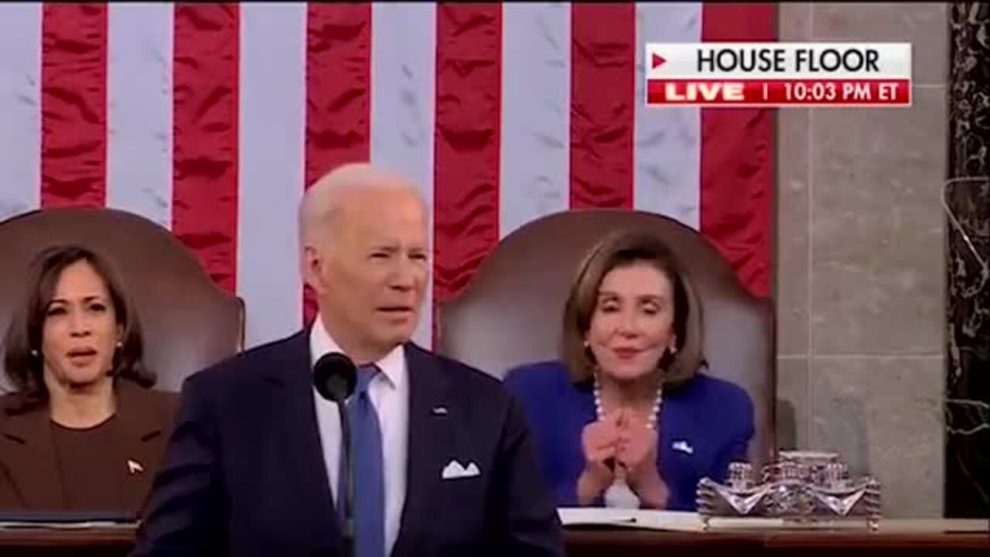 The country is in the very best of hands — Nancy Pelosi’s trembling hands at the command of what appears to be a cocktail-impaired brain.

Trust me. I know the drinking signs. It’s my considered opinion that the San Francisco-based House Speaker is filled to the gills in the clip you’re about to witness.

It’s bad enough when a Blue Enclave progressive tries to explain military and geopolitical events, like an internet rando on fentanyl trying to explain rocket science to Elon Musk.

Nevertheless, Pelosi’s love for the camera, though unrequited, necessitates that she publicly pontificate whenever the red light comes on, even when her BA count is double the legal limit for driving.

Sadly, there are no penalties for public speaking while intoxicated, certainly not for Bay Area Democrats.

I’ve done what I can to transcribe Pelosi’s words, if you’ll allow me to use “words” to describe her nearly random collection of partly-formed syllables and noises.

A Putin, totally irresponsible, using weapons that are not allowed under the Geneva connect— Convention.

Putin, who uh, [arm flapping high in the breeze] threatens chemical use of chemical weapons … um … nuclear and the rest.

So they know that we can’t but it’s the ask now he was, uh, [left arm going crazy now] this morning … more … let’s if we can’t have, an, if we can’t have a no-fly zone, let us have our own and we need the airplanes to come in.

If Pelosi had good staff, they’d have pulled her off the stage already.

But no. She goes on.

No … no, no. This morning he was LESS on the, on the ask for the, um, [long pause] that policy, more on let us do it, help us get the planes but also there is a school of thought that thinks [right arm WAY up there again] the anti-aircraft [pause, right arm going nuts] missiles and the rest are a very important way.

Don’t you just hate it when thugs like Putin get less on the ask for instead of more on let us?

I heard “moron lettuce.” I’m not entirely sure I heard wrong.

Myself, when I see that, that [seriously, what is up with her right arm?] those tanks at 40 miles of tanks [long pause]. I’d like to take out those tanks, I mean, I, I think that air, um, them having more planes might be useful. But that I’m not a military [mumble] strategist.

We hope that we will be able to get up to a place, I hope, you ask me how, I, I hope that we can get to a place where [pause] the MiGs, [pause, weird gesture] which are the kinds of planes they’ve been trained on, can go to Ukraine [long pause]. The F-16s, especially if we had an excess of them, can backfill for Poland. [turns and leaves under her own power]

Speaking just for myself, I do hope someday to get to a place with an excess.

“We need steady and wise leaders,” Tucker Carlson said on Tuesday night’s show. “But instead, we have Nancy Pelosi.”

Do we though, do we really?

Here’s the full clip so you can judge for yourself.

Keep an eye on Pelosi’s right hand. It acts as though it’s under the control of space aliens who have read about human hand gestures but have never actually seen any.

Or maybe this is one of those times to embrace the healing power of “and.”