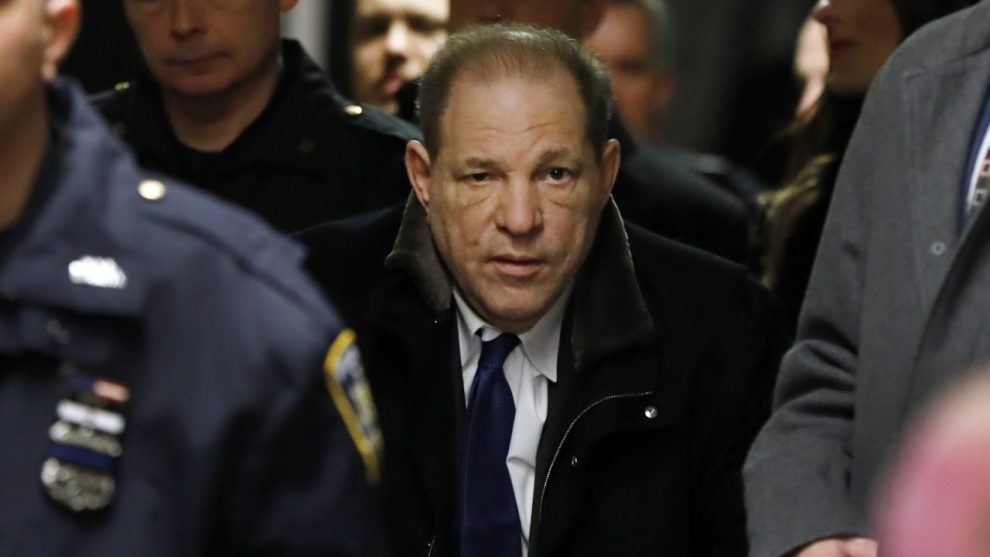 The case against the once-feared producer was essentially built on three allegations: that he raped an aspiring actress in a New York City hotel room in 2013, that he forcibly performed oral sex on another woman, production assistant Mimi Haleyi, at his apartment in 2006, and that he raped and forcibly performed oral sex on “Sopranos” actress Annabella Sciorra in her apartment in the mid-1990s.

The conviction was seen as a long-overdue reckoning for Harvey Weinstein after years of whispers about his behavior turned into a torrent of accusations in 2017 that destroyed his career and gave rise to #MeToo, the global movement to encourage women to come forward and hold powerful men accountable for their sexual misconduct.

Weinstein’s story ensnared several high-profile political figures, media moguls and publications, and left-wing organizations, many of whom the producer had given large donations to or supported in the past. Indeed, Harvey Weinstein had given $10,000 to Bill Clinton’s legal defense fund during the Monica Lewinsky sex scandal. The Clinton Foundation accepted some $250,000 in contributions from Weinstein. When asked, the organization said it couldn’t return the money because it had been used. The campaign for New York Governor Andrew Cuomo said in October 2017 that he would keep the more than $60,000 in donations he received from Harvey Weinstein. Sens. Elizabeth Warren, Richard Blumenthal (D-CT), Patrick Leahy (D-VT), Martin Heinrich (D-NM), Charles Schumer (D-NY), and Cory Booker (D-NJ), all said they would donate contributions they received from Weinstein over the years to charitable causes.

The jury of seven men and five women took five days to find him guilty.

Three additional women who said they, too, were attacked by Weinstein also testified as part of an effort by prosecutors to show a pattern of brutish behavior on his part.

Weinstein will reportedly remain in jail until his sentencing, set for March 11.

The judge then announced that Mr. Weinstein would immediately be sent to jail to await his sentencing. But as court officers approached him, the producer seemed stunned and refused to move. Moments later, he was handcuffed and removed from the room, limping with two officers standing by his side.

See also  “I Don’t Even Know What That Is” – Dem Senator Dianne Feinstein to Aides
Share this article: