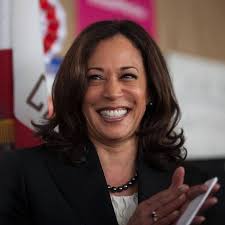 Kamala Harris announces her 2020 Presidential campaign with a rally that 20 thousand people attended on Sunday. Harris is no Friend of the MAGA campaign. She voted against Justice Kavanaugh during his confirmation to the supreme court, and Harris consistently tows the democratic party line. Having a large show of support in California isn’t surprising but her success is not be to overlooked. Harris will most likely have the full support of the Media. The only person the Media adores more than Harris is Alexandria Ocasio-Cortez.

Harris was formerly the district attorney for California. She reminds the crowds of her success prosecuting sex crimes, fighting international gangs, and leading the fight against banks.

“In my whole life, I’ve only ever had one client; The people” Harris said.