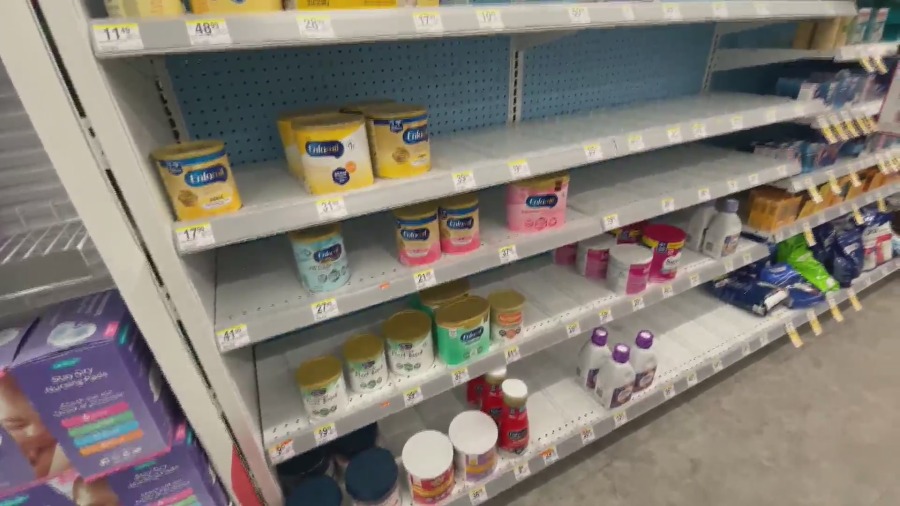 Why is everything bad under Joe Biden, when it was so good under Trump?

Don’t be fooled. Biden is doing this on purpose. No one “accidentally” tanks the economy in one year. We are getting REALLY close to the point where you either see the problem or you are part of it.

As if gas prices, inflation, and empty shelves weren’t enough, new moms are celebrating Mother’s Day with a lack of baby formula.

There is currently a baby formula shortage in America that they expect to get worse. Why isn’t this the biggest news story? What is @POTUS doing about it? pic.twitter.com/RoMSzxx6Ej

The “out of stock” rate for baby formula skyrocketed to a whopping 31% last month, which is 11% higher than it was last November. Even Biden’s pals at CNN had to report that seven states were dealing with out of stock rates as high as 50%. Today, the nationwide average stands at a staggering 40%. Happy Mother’s Day!

As our own Jeff Reynolds reported, food centers in the U.S. and around the world are burning to the ground at an alarming rate. Two were even hit by crashing planes. As if that wasn’t bad enough, four babies were hospitalized after consuming formula manufactured at an Abbott Nutrition facility in Sturgis, Michigan. Two have died, and the FDA is advising parents to avoid that product.

Walgreens and CVS have placed restrictions on how much formula people can buy. Target and Walmart have their own supply problems.

We should be talking more about how vulnerable the supply chain is for our most basic and important goods.

The baby formula isles at the Target and Walmart near our home.

This should be setting off major 🚨 pic.twitter.com/wH2twVjAEJ

Let me guess: Putin is to blame for the lack of baby formula?

Guess who has LOTS of baby formula? Shoplifters. Yes, the same rascals the Democrats allow to terrorize our stores and shopping malls with impunity are grabbing what they can to sell for mad stacks on the black market. Baby formula is big business. One shoplifting ring in Union City, NJ, was busted for selling $135,000 worth of baby formula.

Drug dealers get their piece of the baby formula supply too. They use it to mix with cocaine and heroin. The next time you can’t get baby formula, call your local coke dealer for a gram and a can. #Mother’sMilk

As if that isn’t enough for moms on Mother’s Day, leftist harpies are outside of Catholic churches screaming for their rights to NOT be mothers. Faux squaw Sen. Elizabeth Warren (D-MASS) and her Pepto Bismol pink jacket went on a hissy fit that is too entertaining to not add right about now. Watch her 99.99999% Caucasian face explode just before someone holds her hand and leads her to a getaway car.

Can’t moms get a break on Mother’s Day?

The good news is this: As our own Athena Thorne reported, more people approve than disapprove when it comes to overturning Roe v. Wade. This means this SCOTUS abortion leak will likely not bring in the midterm votes the bolshies were hoping for.

Try as they might, the commies were not able to destroy Mother’s Day. I’m sure they’ll whip up something asinine for Memorial Day.

If you want to laugh at the commies’ expense this Mother’s Day, check out this latest video from the YouTube channel “Jokes and Point,” a funny, conservative video channel dedicated to making the left look like the jackpuddings they truly are.