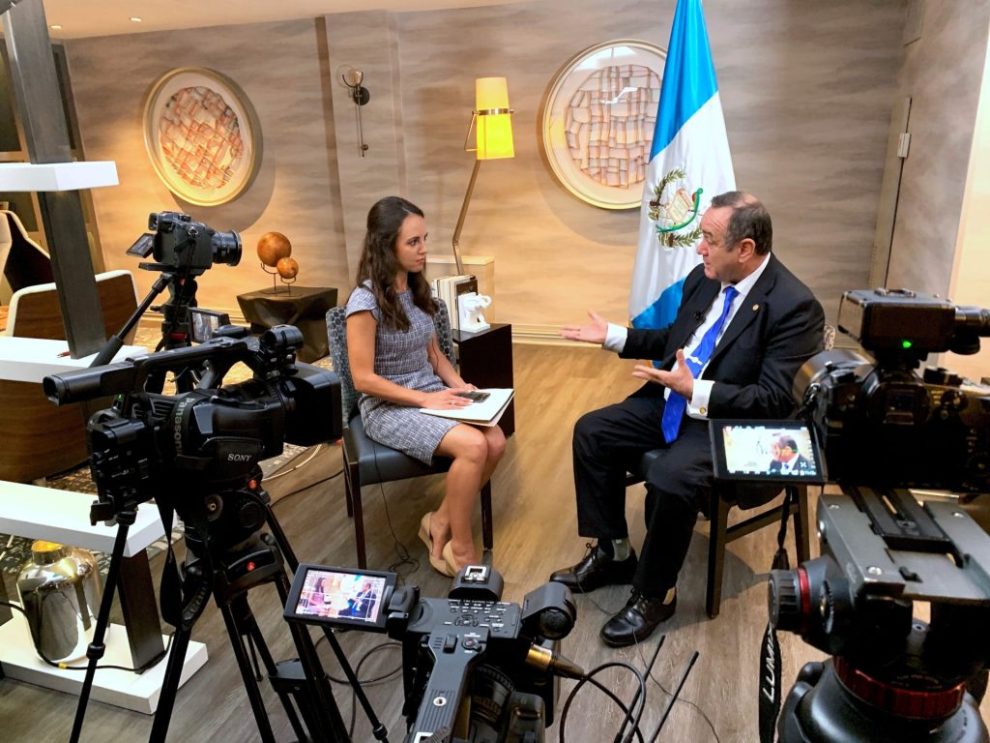 Guatemalan President Alejandro Giammattei has not spoken to U.S. Vice President Kamala Harris since January and says “greater communication” is needed between Guatemala and the United States to address the countries’ ongoing migration crisis.

Giammattei told Breitbart News during a wide-ranging interview in Washington, DC, on Tuesday that the last communication he had with Harris — a phone call in January — was not focused on migration.

“She told me she didn’t want me to appoint my attorney general. We didn’t talk about human trafficking. That was the only time that I spoke to her since she went to Guatemala, and the topic was not immigration,” Giammattei said.

The president added, “I do think that we need greater communication between the government of the United States and our government at least.”

U.S. President Joe Biden assigned Harris to lead efforts to address the “root causes” of migration in March 2021 in response to surging numbers of migrants illegally entering the U.S. through Mexico.

Harris said at a CEO Summit in June, well over one year after Biden appointed her as border czar, that the administration was “making progress” on its “long-term efforts” to address “root causes” of migration. Harris’s claim of progress appears to conflict with the sheer numbers of illegal migrants border officials continue to apprehend on a monthly basis, however.

Border officials reported encountering more than 200,000 migrants crossing the border illegally for the past three consecutive months, sky-high numbers not seen in at least two decades. The overall number of illegal migrant encounters under Biden continues to far outpace numbers seen under the Trump administration.

Asked if he felt Harris was doing her job as border czar sufficiently or if she could do more, Giammattei said, “I could tell you that I don’t know the powers of Vice President Kamala Harris regarding programs with us.”

Harris visited Guatemala in June 2021 and appeared alongside Giammattei for a press briefing, during which she made a viral albeit apparently empty “do not come” plea to illegal migrants. In their January 2022 phone call, the White House claimed Harris and Giammattei spoke about her agenda to address migration’s “root causes,” human smuggling, and “holding corrupt actors accountable,” a possible reference to Guatemalan Attorney General María Consuelo Porras.

Giammattei’s reappointment of Porras in May, which Giammattei noted was discussed in his phone call with Harris in January, has been an ongoing source of contention between the United States and Guatemala.

The U.S. State Department has designated Porras as corrupt, accusing her of using her position to “protect her political allies.” Giammattei disagrees deeply with this designation, and a spokesman for his office told Breitbart News he believes the Biden administration has its own political motives behind its move to sanction Porras.

The White House also noted in its summary of the January phone call that Harris told Giammattei her “Call to Action” initiative has “generated over $1.2 billion dollars of private sector investment to the region,” but the Giammattei spokesman said, “We are still waiting for that.”

Giammattei’s interview with Breitbart News occurred while the president was on an official tour in the United States. The president’s visit included meeting with Secretary Alejandro Mayorkas and appearing at the Organization of American States and at the annual International Religious Freedom Summit.