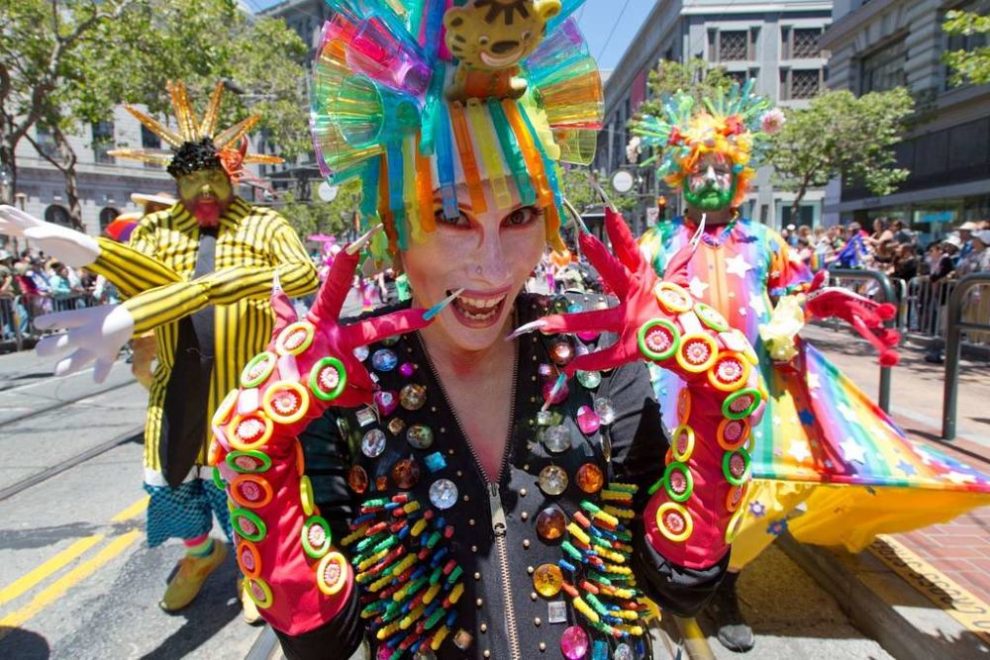 The groomers are everywhere these days, but nowhere are they more visible than at LGBTQ “Pride” parades, where every kind of debauchery imaginable is on full display in neighborhoods and on city streets around the world. A website called Fatherly warns in its Parenting section that pride parades are “filled with sights that may be new to kids, like public nudity and kink. Not to mention that Pride parades aren’t the most sober of places.”

Pride Parades and the Pride festivals that follow are noisy and crowded. They’re filled with sights that may be new to kids, like public nudity and kink. So is it appropriate to take your young kids to Pride?https://t.co/CZDnooZq5f

Nevertheless, the article concludes that young children should indeed be exposed to kink and nudity because the “educational aspects of Pride are paired with joy and celebration.”

The groomer author notes that families representing Black Lives Matter (huh?) and trans kids will be marching at the front of the San Francisco pride parade this year. They’re “placed first so that we always know that we still have work to do and that San Francisco Pride is supposed to be doing that work,” says Suzanne Ford, the interim executive director of San Franciso Pride. (Or maybe it’s so that the groomers can get a good look at them without having to sit through the entire parade.)

The article continued with someone with a Ph.D. after her name joking about exposing children to nudity and grooming them to be desensitized to sex-themed paraphernalia:

Jenifer McGuire, Ph.D., an associate professor of family social science at the University of Minnesota, has been to Pride celebrations across the world with her family, from Tucson to Amsterdam. McGuire, a lesbian parent, always preps her kids for possible adult content beforehand. After a few events, the kids knew to expect nudity and other surprises. “They just had to learn to laugh and enjoy things. Like there were these Beanie Babies with giant penises on them,” McGuire says. “For a fourth- and fifth-grade kid, that’s super funny.”

Super funny if you’re a groomer who thinks children need to be exposed to sex-fueled parties at a young age, I guess. Have they no shame? (That’s a rhetorical question. We know they don’t.)

Make no mistake: The groomers will insist that this is all just innocent fun and accuse me of homophobia for suggesting that homosexuals are targeting children at these events, but there’s no other conclusion to draw. They need to overcome children’s inhibitions about sex and disabuse them at an early age of any notion that sex outside of traditional marriage between one man and one woman is wrong or unhealthy (Monkeypox, anyone?). They’re counting on the fact that the Beanie Babies with penises are going to entice your children more than anything they hear in Sunday School or in your home.

Parents have a responsibility to protect their kids’ innocence. If groomers at your child’s school are exposing them to inappropriate sexually themed material, get them out before they’re drawn into the LGBTQ cult. And never, ever let them get within ten miles of a Pride event.