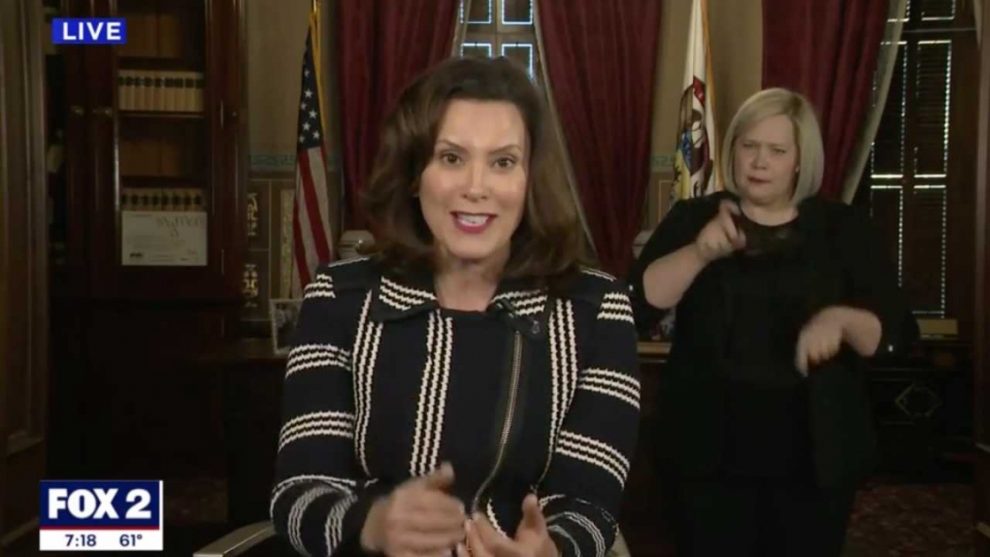 The cut to the State Police equals roughly one-quarter of the agency’s funding, according to Gruber.

The cuts were made as Republican legislative leaders and the governor negotiate how to close a $2.2 billion budget deficit, according to the Detroit Free Press.

Whitmer is replacing a portion of the cut funds — $107 million — with funds from the federal coronavirus stimulus bill. The real hurt will likely be felt in 2021, when the MSP cuts remain and the additional federal funds are not available to fill the gap.

Unlike the federal government, Michigan is required to maintain a balanced budget, so Whitmer and legislative Republicans would need to maintain the massive cut, or some portion of it, or raise taxes.

In June, Whitmer said she understood the sentiment behind the “Defund the Police” effort.

“What is your response to the defunding the police campaigns?” reporter Terrell Jermaine Starr asked Whitmer.

“The spirit is really about reprioritizing, rebuilding communities,” she said, “not just policing.”

The governor lamented budgets being “overwhelmingly focused on policing and corrections systems and the criminal justice system.”

Whitmer said it should be focused on “the education of our population,” and a myriad of social programs.

“So do you support the defunding?” Starr pressed, which he described as “taking money from police departments.”

“I think you do all those other things, you don’t need all the money that’s going into police departments,” Whitmer said.

Later that day, she told the Detroit Free Press, “Perhaps the words that I used on ‘The Root’ were maybe a little confusing, but they have never been other than I support rebuilding communities and rebuilding them in a way that creates real opportunity in an equitable and just manner.”

“I don’t believe police should be defunded,” she added.