Students at Grand Valley State University in Michigan voted last week to stop reciting the Pledge of Allegiance at student government meetings over concerns that it is discriminatory and oppressive.

Dorian Thompson, a student senator at Grand Valley State University, told The College Fix that student government members made a strong push to end the tradition.

“The arguments to remove it were to create an inclusive environment, that it represented an oppressive government, and that there are international students that we should be representing,” Thompson said in a short comment.

“Of course our country doesn’t have the brightest past with human rights issues, but with liberty and justice for all, that says right there no matter what interesting times we are in we will always rise above it and go forward and not backwards,” Thompson added.

Thompson claims that he will fight to reinstate the Pledge of Allegiance tradition at Grand Valley State University. In a Facebook post, Thompson wrote that “the fight” to defend the pledge “is not over.”

“[M]ake this no mistake, the fight is not over,” Thompson wrote on Facebook. “No matter if I continue to serve on this body or decide that they do not represent my values and leave, I will do everything in my power to fight this disgraceful act. God bless our flag, and may God bless our great country.” 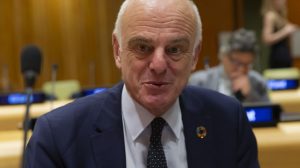 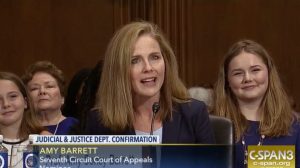