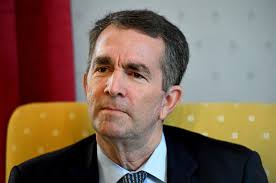 Sunday on CBS’s “Face the Nation,” Gov. Ralph Northam (D-VA) said he would not resign over the scandal over a racist photo on his 1984 medical school yearbook page.

Northam said, “While we have made a lot of progress in Virginia, slavery has ended, schools have been desegregated, we have ended the Jim Crow laws, easier access to voting, it is abundantly clear that we still have a lot of work to do, and I really think this week raised the level of awareness in the Commonwealth and in this country that we have not seen certainly in my lifetime.”

He continued, “We have worked very hard. We’ve had a good first year, and I’m a leader. I’ve been in some very difficult situations, life-and-death situations, taken care of sick children.”

He added, “Right now, Virginia needs someone that can heal. There’s no better person to do that than a doctor. Virginia also needs someone who is strong, who has empathy, who has courage, and who has a moral compass and that’s why I am not going anywhere. I have learned from this. I have a lot more to learn. But we near a unique opportunity now, again a 400-year anniversary of the history, whether bit good or bad in Virginia to really make some impactful changes.”

See also  Biden Falsely Claims Inflation Is At ‘Zero’
→ What are your thoughts? ←
Scroll down to leave a comment: