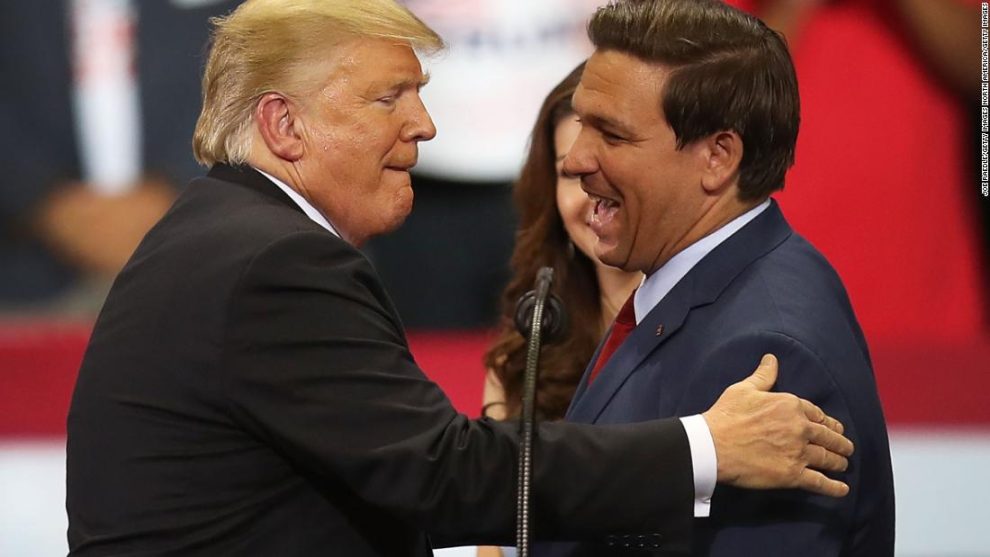 A poll taken after the midterm election shows Republican support for a Ron DeSantis 2024 run has shifted from former President Donald Trump overnight.

Support for a potential Donald Trump 2024 presidential bid has remained relatively steady over the last year and a half, data from a Morning Consult survey found.

While the survey asserts that Trump’s support has “dipped” in recent months, it is actually exactly the same as the survey taken in May 2021, which showed 48 percent of potential GOP voters supporting him.

It is true, however, that he reached a high of 57 percent in August 2022, only to dip back down to 48 percent in November.

Since the midterm election in which Republicans failed to take back the U.S. Senate and will likely win the U.S. House by narrow margins, the former president has heavily criticized DeSantis (referring to him as Ron DeSanctimonious), accusing him of showing disloyalty.

“Ron came to me in desperate shape in 2017—he was politically dead, losing in a landslide to a very good Agriculture Commissioner, Adam Putnam, who was loaded up with cash and great poll numbers,” he wrote.

“Ron had low approval, bad polls, and no money, but he said that if I would Endorse him, he could win. I didn’t know Adam so I said, ‘Let’s give it a shot, Ron.’ When I Endorsed him, it was as though, to use a bad term, a nuclear weapon went off,” he added.

The former president also attacked Republican Virginia Gov. Glenn Youngkin (another 2024 prospect), saying he would not have won the election without his support.

“Young Kin (now that’s an interesting take. Sounds Chinese, doesn’t it?) in Virginia couldn’t have won without me,” Trump wrote on social media on Friday morning.

Youngkin issued no direct response, saying he does “not call people names.”

“I didn’t see it… You all know me. I do not call people names. I really work hard to bring people together, and that’s what we’re working on here,” Youngkin told reporters.

Trump has also said he plans to make an announcement on November 15, which many believe will be his declaration to run for president in 2024.

“I’m going to be making a very big announcement on Tuesday, November 15, at Mar-a-Lago in Palm Beach, Florida,” Trump said at his political rally in Ohio last week.