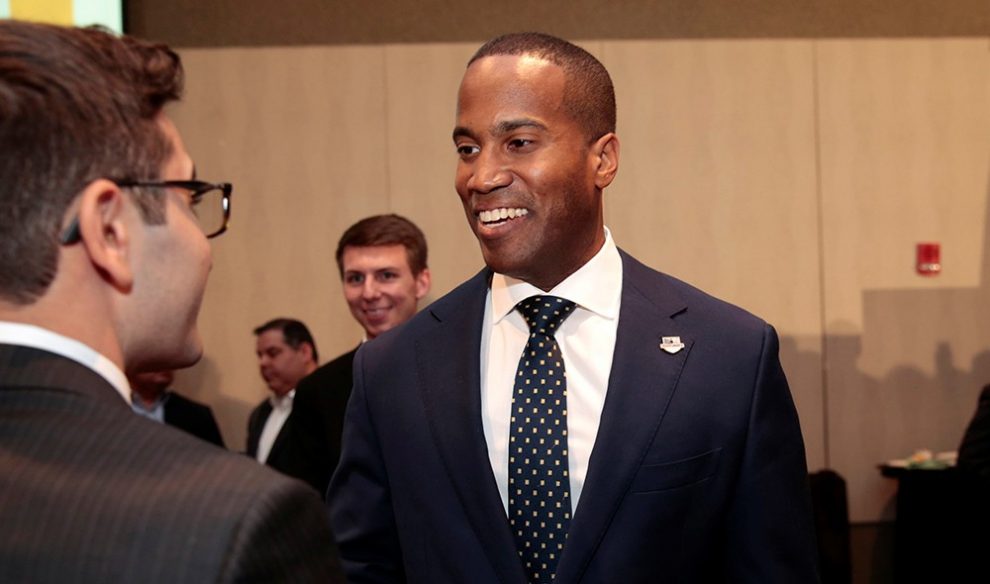 Republicans see a path running through Michigan and Minnesota to hold a slim Senate majority in the next Congress.

The odds are stacked against them and many see the GOP as the underdog in the fight for control of the Senate.

But Republicans think that even if as many as four GOP incumbents go down in defeat next week, they can keep their majority by ousting Sen. Gary Peters (D) in Michigan or Sen. Tina Smith (D) in Minnesota.

In their dismissiveness of the prevailing sentiment that Democrats are favored to win control of the Senate, Republicans also point to poll numbers for vulnerable GOP incumbents in red-leaning states that are starting to solidify.

Still, Senate Republicans acknowledge they have a tough map to defend, with 23 seats up for reelection compared to only 12 for Democrats.

“I think it’s even money, it’s 50-50. There are some huge fights going on, and huge amounts of money being spent and races are competitive but our candidates are doing a good job. They’re holding their own,” Senate Majority Whip John Thune (R-S.D.) said Wednesday.

FiveThiryEight.com, a prominent prognosticator, says Democrats are favored to win the Senate and have an 80 percent chance of holding between 48 and 55 seats in the next Congress.

But GOP senators and party strategists say there has been too much focus on potential Democratic pickups in traditionally Republican states such as Georgia, Montana, and Texas and not enough on potential upsets in Michigan and Minnesota, where Peters and Smith hold small leads over their challengers.

Republicans are hopeful that Michigan candidate John James, who is Black, can pick up enough African American voters in urban areas and perform well in rural areas to unseat Peters.

“I think Michigan’s an opportunity that people are at least somewhat aware of. John James has done a great job of raising money. And I think if he can turn out voters in the city, he’ll do well out-state. He’s got a good shot,” Thune said.

Other polls have shown a tighter Senate race.

An ABC News/Washington Post poll conducted Oct. 20-25 and a Reuters/Ipsos poll from Oct. 21-27 both showed Peters ahead by 6 points.

James has been bolstered by a multi-million-dollar advertising campaign from the Senate Leadership Fund, a Republican super PAC allied with Senate Majority Leader Mitch McConnell (R-Ky.).

Democrats in Washington have also pumped money into the contest.

For the Minnesota race, Cook rates it as “Solid Democratic.”

But for Thune, the Minnesota race is “a sleeper” that’s ripe for a GOP upset.

“I think that people are looking at the security issues if you live in the Minneapolis-St. Paul suburbs,” he said, referring to the belief among Republicans that Trump’s law-and-order message will play well with suburban voters concerned about the rioting and looting in the city after the police killing of George Floyd, a Black man, in late May.

“You get to the rural areas and it’s real strong for the Republicans,” Thune added. “There’s always going to be a couple of surprises election night.”

Minnesota is more of a reach for Republicans, but the race between Smith and Republican Jason Lewis got fresh attention after a KSTP-SurveyUSA poll last week showed a statistical tie between the two candidates, at 43 percent and 42 percent, respectively.

“The race is tightening in Minnesota. It’s close, but the Democrats are probably ahead,” said Vin Weber, a Republican strategist and former member of Congress from Minnesota who suggested Lewis’s focus on crime in Minneapolis is getting traction with voters.

Senate Democratic strategists, however, argue that Republican-allied groups haven’t spent significant amounts of money in their effort to defeat Smith.

Paul Goren, a professor of political science at the University of Minnesota, said that while the KSTP-SurveyUSA poll’s “methodology is sound,” it’s an “outlier” compared to other surveys that show Smith with bigger leads.

“I think Smith is still in the driver’s seat and should feel cautiously optimistic about the outcome, but it’s by no means a guarantee or a sure thing,” he said.

One Senate Democratic strategist pushed back hard on Republican hopes for an upset victory in the Michigan or Minnesota Senate races, noting that Trump is widely expected to lose both states.

In other parts of the country, Thune said he has been reassured by some traditionally Republican states starting to perform more along the lines of what GOP senators expected at the start of the 2020 election cycle.

“Some of these states have started to right themselves. Montana, for example, I feel really good about. The Daines campaign is there,” he said referring to Sen. Steve Daines (R-Mont.), who has a 3-point lead over Gov. Steve Bullock (D) in a recent New York Times/Siena College poll.

“The numbers have started to strengthen and improve with some of our incumbents,” Thune added.

Republicans also think they have a better chance of keeping Sen. Thom Tillis’s (R) seat in North Carolina after Democratic challenger Cal Cunningham publicly apologized to his wife for having an affair during the campaign.

Democrats counter that Cunningham has managed to hold onto his lead in the polls.

Thune also sounded a note of optimism with Sen. Susan Collins of Maine, one of the most vulnerable GOP senators.

“Susan Collins is going to run a long ways ahead of the presidential ballot in Maine. She may be able to get enough distance and space between herself and [Trump,]” Thune said.

A second Republican senator who requested anonymity to discuss views within the Senate GOP caucus of keeping their majority said he and many of his colleagues remain hopeful because experts and pollsters widely predicted Trump’s defeat in 2016 and were wrong.

“I was so certain that Hillary Clinton was going to win that I’m just not that willing to be certain anymore,” said the GOP lawmaker.

“Republicans are scrambling days before the election because they’re currently playing defense in more than a dozen competitive Senate seats, but that doesn’t change the facts about where these races stand in the final stretch,” he said.