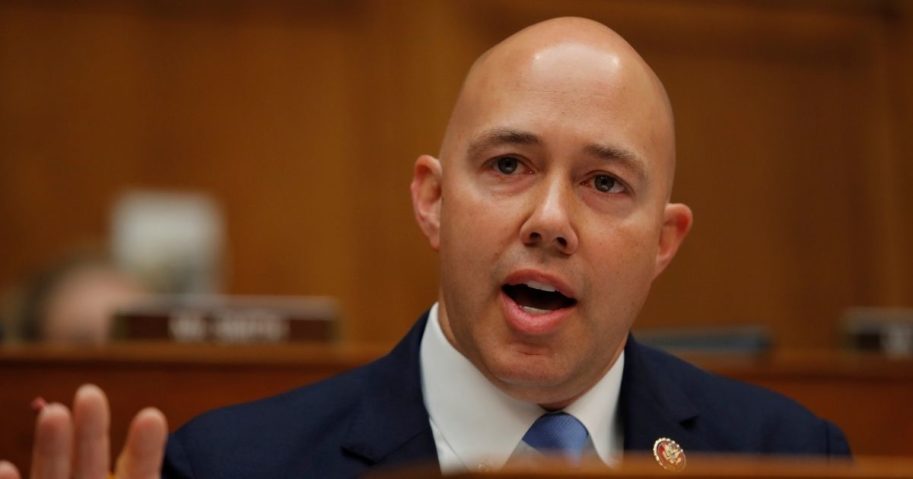 Rep. Brian Mast on Friday criticized House Speaker Nancy Pelosi for putting members of Congress before the majority of Americans to receive the coronavirus vaccine.

“Leaders eat last; it’s one of the first lessons a soldier learns as early as basic training,” the Florida Republican said in a statement after “Speaker Pelosi stated that she and the rest of Congress would receive the COVID-19 vaccine before the vast majority of the American people.”

“Speaker Pelosi apparently never learned this lesson — asking Americans to wait to get vaccinated while Congress cuts the line is the opposite of leadership. Congress needs to stop treating itself as a special political class, and the mere suggestion that Members of Congress are in any way more important than the very people who gave us the privilege of serving in Congress is appalling.”

“Being for the people must always mean putting the people before ourselves,” he added, “which is why every single American should be able to access the coronavirus vaccine before any Member of Congress.”

In a statement on Thursday, Pelosi revealed members of Congress were eligible for the COVID vaccine.

“According to government continuity guidelines, Congressional Leadership has been informed by the Office of the Attending Physician that Members of the House and Senate are eligible for a COVID-19 vaccine,” Pelosi said.

The attending physician in Congress urged lawmakers to sign up to receive it, citing federal guidelines designed to keep the U.S. government functioning during the pandemic.

“My recommendation to you is absolutely unequivocal: there is no reason why you should defer receiving this vaccine,” Dr. Brian Monahan said in a letter to lawmakers Thursday.

“As a polio survivor, I know both the fear of a disease and the extraordinary promise of hope that vaccines bring,” the Kentucky Republican said Thursday.

“I truly hope all Kentuckians and Americans will heed this advice and accept this safe and effective vaccine.”

After members of Congress receive their vaccination, the Office of the Attending Physician will identify “continuity-essential staff members” who will be next in line, Politico reported.

“The appointing process will then continue until the small vaccine supply is exhausted,” Monahan told members.

The issue of the vaccination has divided members of Congress, with some expressing a desire to model good behavior and reassure the public while others fear skipping the line would be seen as a special perk, The Washington Post reported.

Senate Minority Leader Chuck Schumer of New York praised the vaccine in a floor speech Monday, but said, “I will not skip the line.”

Over 100 members of Congress have either quarantined, tested positive or been exposed to someone with coronavirus, according to data from GovTrack.

Congress still has not reached a deal on the next COVID relief package that would include billions of dollars needed to distribute the vaccine.