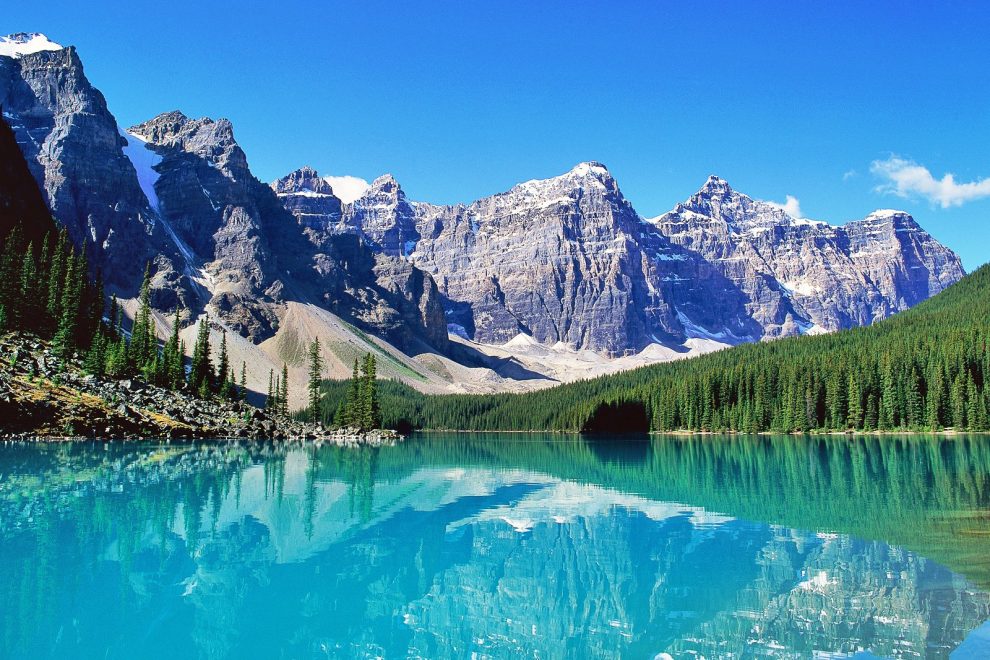 There’s an old joke about the typical Canadian who is nudged off the sidewalk by a passerby and immediately apologizes, a humorously rueful sign of the national character. The other side of the debased coin is the sense of national superiority, in particular to our putatively boorish neighbor south of the border, a cultural factor that came politically to the fore during the stridently anti-American Liberal government of Jean Chrétien. Neither tendency does us much credit.

Of course, such attitudes presume that we still have a national character, which Prime Minister Justin Trudeau believes we do not, having told the New York Times that Canada has no “core identity” and is the world’s “first post-national state.” Trudeau may be right. We have become, apparently, citizens of the world, which means we are stakeholders in nothing tangibly visceral, that we have no civic identity, that we are political ciphers.

As Victor Davis Hanson writes, the concept of the citizen is dying. This is certainly the case in Canada, thanks to a moribund education system—Education Zero seems to be the aim—and a massive influx of immigrants from mainly impoverished, Third-World, and autocratic countries who have little interest in the usages, customs, and history of the nation they have come to settle in. Indeed, the city I live in is 40% from elsewhere. There is no longer a continuity of tradition here, merely a superposition of alien narratives: the “superior” culture of the native peoples, the pastoral nostalgia of landscape, the persistence of immigrant loyalties, the ethereal fantasy of a socialist utopia as championed by Trudeau père in Federalism and the French-Canadians.

I have taught several “generations” of students and spoken with innumerable people in all walks of life, not a single one of whom knows anything about the British North America Act of 1867, which established the Canadian Confederation. No less alarming, they are entirely ignorant of the Charter of Rights and Freedoms of 1981 and the Constitution Act of 1982 that entrenched the Charter. Nor do most people recognize how power has devolved from provincial First Ministers and the Federal Parliament to the vast bureaucratic apparatus presided over by the current prime minister. They do not see how democracy has eroded almost beyond any possibility of restoration, how the country is rapidly slipping away from them—and, what is even more distressing, many do not seem to care.

The fact, as Brian Peckford has pointed out, that the Charter is regularly flouted by the prime minister and dismissed or re-interpreted by an unelected judiciary is of no account. Most people are either blind or uninformed, or merely indifferent to the fact that the rule of law has become nugatory. The COVID moment of medical apartheid and political repression is a glaring illustration of authoritarian malfeasance and should have exposed the sophism and treachery of the governing class. Peckford, who was formerly the premier of the province of Newfoundland and Labrador and is the last surviving signatory to the repatriation of the Charter, believes that various sections of this foundational document make it abundantly clear that the government’s response to the pandemic is morally and legally culpable. Masking orders, lockdowns, quarantine, fines, gathering restrictions, curfews, mandates, vaxxports, and prohibiting the right to freely leave and re-enter Canada are in stark violation of Charter principles.

According to the Preamble, the Charter is “founded on principles that recognize the supremacy of God and the rule of law,” not on the sport of a politician or the megrim of a judge. On any honest assessment, the Charter does not permit such breaches and infringements as we have endured during the COVID interregnum. Yet the government gets away with it—with the approval of a significant majority, many of whom would deny the unvaccinated publicly funded health care and some of whom would favor “a short jail sentence” for these supposed miscreants. Conscience and data are in short supply with such zealots, just as they are with the government in power, for whom the Charter is a scrap of forgotten paper lying about somewhere in the archives.

Interestingly, Canadian political philosopher William Gairdner is not a Charter enthusiast, arguing that the Charter was unnecessary and its implementation a great mistake. We should have upheld the English tradition of parliamentary legislation and common-law precedent answerable to the people rather than rely on the whims of an unelected judiciary playing fast and loose with Constitutional provisions. England, he reminds us, has no written Charter or Constitution, thus maintaining “the supremacy of the people in their own Parliament.”

The fact is that the British Parliament imposed a series of draconian and despotic measures during the earlier days of the pandemic that were even more stringent than what we experienced in this country. It is only now, possibly for electoral reasons, that it has begun to relent. The existence of a Charter or the lack of one seems to have been irrelevant. Once again, as Hanson and Peckford contend, it remains with an enlightened and active citizenry to resist the depredations of arbitrary authority, but such a citizenship, with the exception of a minority of patriots, no longer seems to exist.

This resistant minority looks to figures like Brian Peckford and ousted Conservative Party leadership candidate Derek Sloan, who heads the newly formed Ontario Party and is a member of the First Freedoms Foundation. “I got into politics,” Sloan writes, “to defend individual freedom, strong families and communities, and responsible government. In my very first nomination speech back in 2018, I talked about a ‘war on our history, a war on common sense, and a war on freedom.’” It is a valiant fight nobly pursued against all odds and, as it is said, surrender is not an option. But the descent into totalitarian territory seems pretty well unstoppable, aided by a psychic milieu and a demographic evocatively described by Canadian poet Bruce Taylor in a poem called “Social Studies”:

The country I live in is a patch of thorns

below a culvert in a sunken plot

intimidate the pigeons and are shot

Canada’s first prime minister, Sir John A. Macdonald, famously said that Canada has “too much geography and too little history”—certainly too little recognition that such a history is there to be treasured and learned from. If we still believed in this country, if we enjoyed even a rudimentary knowledge of its history or thought it important to respect and consult our muniments, and if we were concerned about our freedoms and privileges as citizens of a parliamentary democracy and beneficiaries of a venerable Charter, such arbitrary enactments by a demiurgic government and a capricious judiciary leading to the attrition of our liberty and traditions would not have had so unobstructed a path. Government and citizen, political delinquency, and civic apathy work hand in hand to effect our dereliction.

As in social and political affairs generally, the conclusion to this sordid drama is not inevitable but, realistically speaking, it is highly probable. Sometimes things that go too far cannot be reversed. It is painful to admit, but Canada has now become a distant memory of itself.