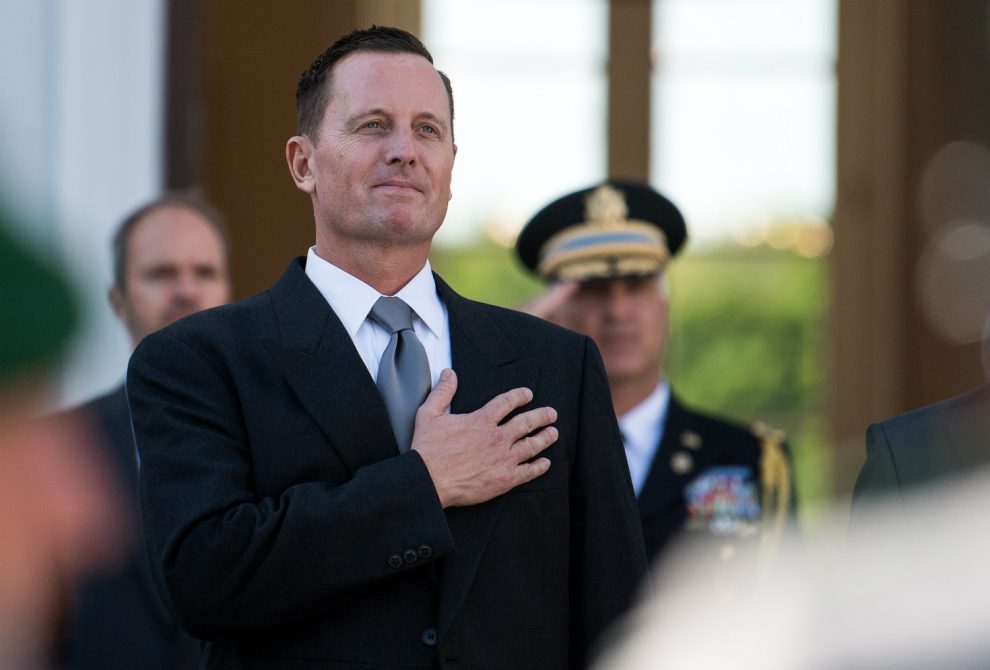 The German government has announced that they will fall short of US demands to increase military spending to 2 percent of GDP by 2024, and after lowering that estimate to 1.5 percent, are now saying they expect to fall short of that. US officials, who have been demanding massive hikes in spending for years, are outraged.

US Ambassador Richard Grenell has been in the position of pushing US diktats to Berlin, lashing Germany for moving away from “already unacceptable commitments to military readiness,” and calling it worrying for all NATO members.

As of 2019, Germany has the second highest military spending in NATO, and with no enemies anywhere near their territory, many German officials question why they even need to spend this much. With much of US policy centered on increasing arms exports worldwide, more spending in any country is considered generally desirable within the administration.

But Ambassador Grenell’s attacks on German government budgets, following so closely behind his demands that Germany scrap a major natural gas pipeline or face US sanctions, is not sitting well with German officials, and a lot of MPs are critical.

Wolfgang Kubicki, the deputy speaker of Germany’s parliament, was particularly critical of Grenell, urging the foreign ministry to immediately declare him persona non grata and expel him from Germany outright, saying he “acts like a high commissioner of an occupying power,” and that Germany’s tolerance must have limits.