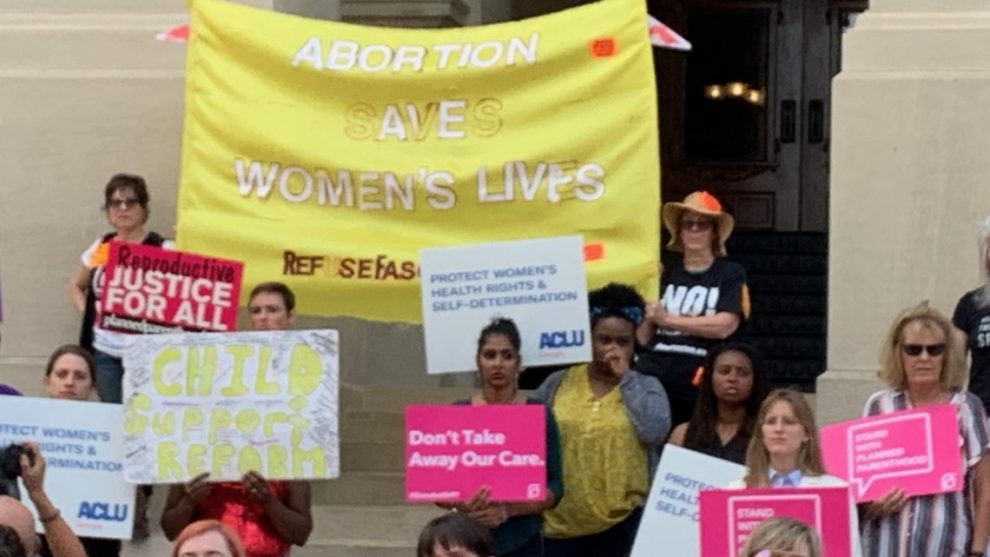 The Georgia Supreme Court on Wednesday reinstated the Peach State’s heartbeat bill after a left-wing Fulton County judge overturned it.

The measure banned most abortions after six weeks as fetal heartbeat is typically detected then.

As Breitbart News reported, Fulton County Judge Robert C. I. McBurney struck down Georgia’s abortion ban, attempting to read the right to abortion into the state’s constitution — much in the same way Roe v. Wade and Planned Parenthood v. Casey were.

McBurney’s opinion came after the overturn of Roe and Casey in Dobbs v. Jackson Women’s Health Organization and made a blatant appeal to substantive due process — the invention of constitutional rights by the judiciary — saying, “This ruling is merely a reinforcement of what ought to be for everyone the uncontroversial notion that, if the judicial branch has declared a constitutional right, legislatures exceed their authority, improperly expand their role, and fundamentally alter the balance struck by the separation of powers when they enact laws they know to be plainly and facially unconstitutional.”

The state Supreme Court, however, issued a one-page reversal of McBurney’s opinion.

As Republicans are attempting to reassess their less-than-impressive performance on Election Day, many believe it was many candidates’ fear of addressing social issues — focusing far too much on the economy and inflation — that contributed to their narrow House majority and loss in the Senate.

For Georgia, an election is still taking place — one that will determine whether Democrats have an outright majority or a 50–50 split, requiring Vice President Kamala Harris to break any ties.

The case is Georgia v. SisterSong Women of Color Reproductive Justice Collective, No. S23M0358, in the Supreme Court of Georgia.