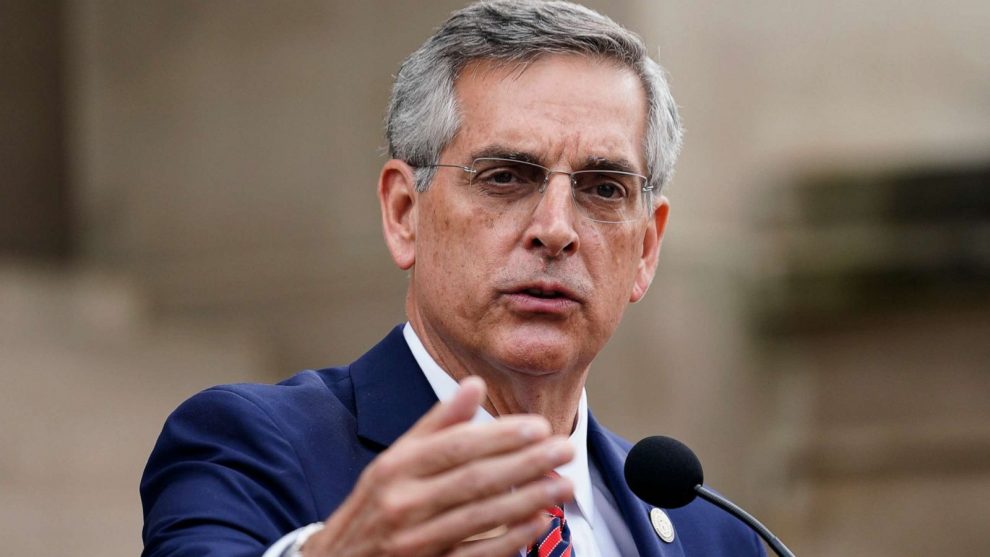 We’ve been hearing the constant drumbeat from the Democrats that “our democracy is at stake” because states like Georgia, Arizona, and Texas have signed bills into law that make voting easier and more secure but that also make cheating more difficult for Democrats. The Democrats definitely know how to take a phrase and run it into the ground, especially when it’s overdramatic and untrue.

The left also wants to federalize elections and do so in a way that would ensconce Democrats in power for generations to come. We all know that’s not the way to go to “protect” our democracy.

At the same time, we’ve had reason to believe that not everything in 2020 was on the up-and-up. I don’t believe that the irregularities and weird shenanigans were enough to overturn the election, but the hanky-panky definitely warranted state laws to protect elections.

In my home state of Georgia, Secretary of State Brad Raffensperger is looking into the allegations of improper and illegal “ballot harvesting” by Democrats in 2020 — and in the Senate runoffs one year ago this week.

Georgia law strictly prohibits third-party activists from picking up and delivering ballots on behalf of voters, a tactic called “harvesting” that liberal organizers have tried to get legalized in many battleground states without success. The U.S. Supreme Court this summer rejected Democrat efforts to overturn an Arizona law that outlawed harvesting in the battleground state.

Raffensperger, who is seeking reelection in 2022, led a successful effort in 2019 to strengthen Georgia’s prohibition against harvesting ahead of the 2020 presidential election, and defeated an effort by prominent Democrat lawyer Marc Elias to overturn the harvesting ban. Raffensperger also reviewed and rejected claims by former President Donald Trump of widespread fraud during the 2020 election in a series of contacts under investigation by a local district attorney in Atlanta and the Jan. 6 select committee in Congress.

Full disclosure: I voted for Brad Raffensperger in the general election in 2020. He wasn’t my first choice in the primary, but in the general, he ran against a Democrat named John Barrow, whose campaign slogan, delivered in a terrible Southern accent straight from a Hollywood soundstage, was, “I’m a Democrat, but I ain’t gonna biiiiiiiiiiiite cha!”

Catherine Engelbrecht of conservative voter integrity advocates True the Vote noted in an email that her organization helped encourage Raffensperger to initiate the investigation.

“After a year’s worth of research and analysis, True the Vote submitted three official complaints to the Georgia Secretary of State’s office regarding occurrences in the 2020 General and 2021 Run-off Elections,” she wrote.

True the Vote presented Raffensperger with evidence that activists and nonprofit organizations conspired to engage in “ballot harvesting” by collecting and delivering absentee ballots by the thousand, often in the dead of night, to drop boxes that the state set up during the throes of the pandemic.

The group informed the secretary its evidence included video footage from surveillance cameras placed by counties outside the drop boxes as well as geolocation data for the cell phones of more than 200 activists seen on the tapes purportedly showing the dates and times of ballot drop-offs, according to documents reviewed by Just the News.

The group also said it interviewed a Georgia man who admitted he was paid thousands of dollars to harvest ballots in the Atlanta metropolitan area during the November election and the lead-up to Jan. 5, 2021 runoff for Georgia’s two U.S. Senate seats, which were both captured by Democrats and ended GOP control of Congress.

True the Vote doesn’t allege that any of the ballots were fraudulent, but delivering ballots in bulk by third-party violates Georgia law.

Raffensperger spoke with John Solomon of Just the News about the investigation for his podcast John Solomon Reports.

“We do have some information,” Raffensperger told Solomon. “And we are going to investigate that. We did deploy drop boxes that were under 24/7 surveillance, and because they were then that really, you know, can indicate who dropped that information off, and we’re really just going through that.”

“If people give us, you know, credible allegations, we want to make sure that we do that,” he continued. “And we have that right now as an ongoing investigation.”

As a lifelong Georgian, I can’t wait to see the outcome of the state’s investigation. We shouldn’t believe the fantasy that any wrongdoing could undo the results of the 2020 election, or unfortunately the Senate runoff, but it could do tremendous work to prove that illegal “ballot harvesting” took place the last election cycle.

And wouldn’t it be something if the investigation could tie some of that activity to Stacey Abrams and her group?