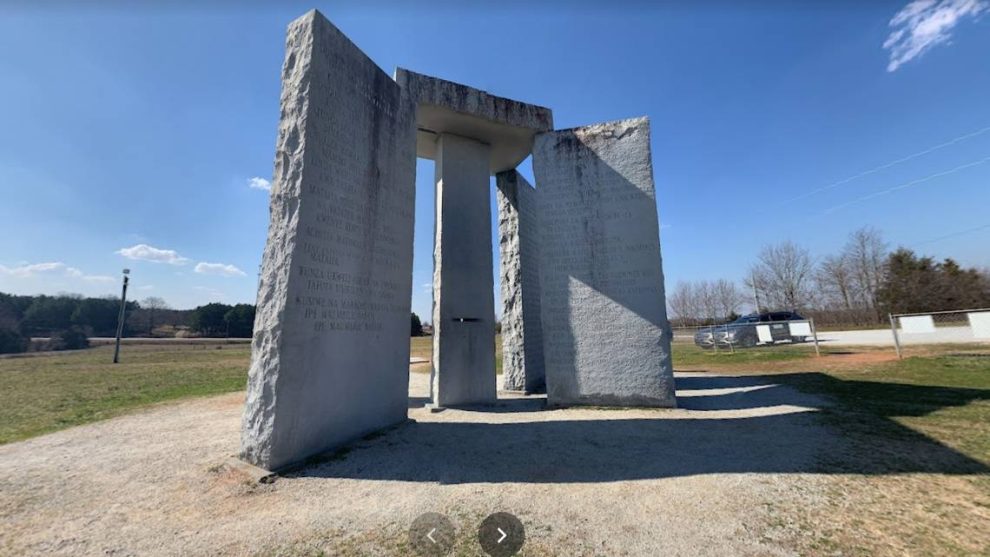 Police in Georgia are investigating an explosion Wednesday targeting the Georgia Guidestones monument, which the state says is known as “America’s Stonehenge.”

The early morning blast “destroyed a large portion of the structure” in northeastern Elbert County, according to the Georgia Bureau of Investigation.

“The preliminary information indicates that unknown individuals detonated an explosive device at around 4:00 a.m. on Wednesday, July 6th,” the agency said in a statement.

The Elbert County Sheriff’s Office is among the law enforcement agencies investigating and a bomb squad has been called to the scene, according to Fox5 Atlanta.

“Known as America’s Stonehenge, this 19-foot-high monument displays a 10-part message espousing the conservation of mankind and future generations in 12 languages,” according to a description on the state of Georgia’s tourism website.

The site is about 7 miles north of Elberton, near the South Carolina state line. Granite quarrying is a top local industry.

The roadside attraction received renewed attention during Georgia’s May 24 gubernatorial primary when third-place Republican candidate Kandiss Taylor claimed the guidestones are satanic and made demolishing them part of her platform.

“The Guidestones also serve as an astronomical calendar, and every day at noon the sun shines through a narrow hole in the structure and illuminates the day’s date on an engraving,” the tourism website also said.

“The names of four ancient languages are inscribed on the sides near the top: Babylonian cuneiform, Classical Greek, Sanskrit, and Egyptian Hieroglyphics, it added. “The Guidestones are mysterious in origin, for no one knows the identity of a group of sponsors who provided its specifications.