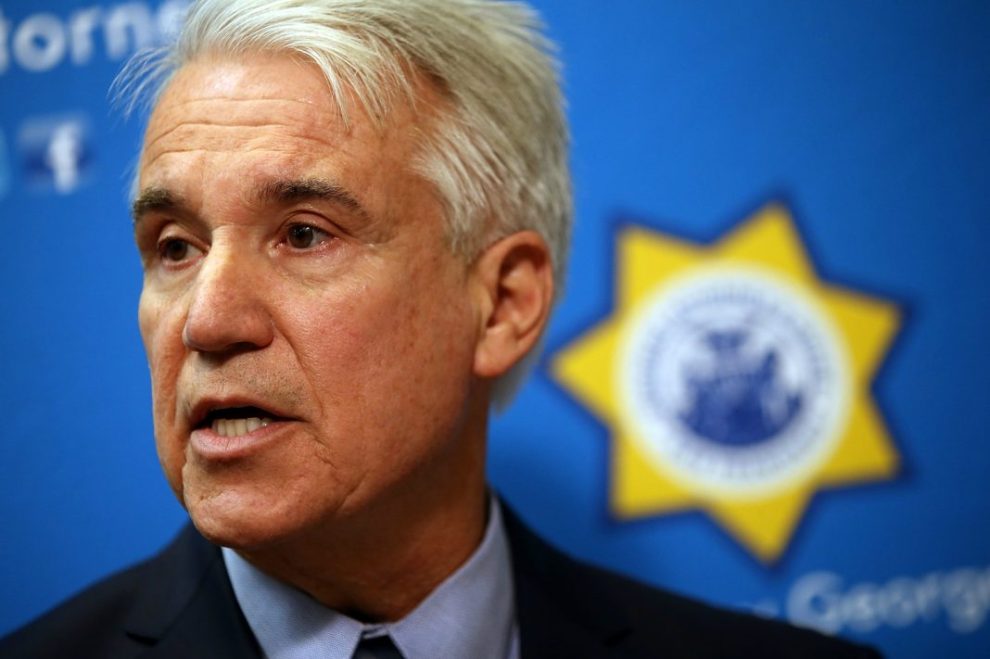 Gascón was asked by news anchors Lynette Romero and Mark Meester to respond to those criticizing him as a “soft-on-crime” DA as L.A. has seen an 8.6% rise in violent crime over the past year.

When pressed on if he believed L.A. county was safer because of what he had done, Gascón responded, “Yeah, in some areas it is.”

“I think it’s important to start out by saying that I was a police officer for many years before I was the district attorney. I know how to keep communities safe,” Gascón added.

The DA went on to blame the COVID pandemic for the crime and homelessness problems facing L.A., and said crime rates were increasing in cities across the country, not just in L.A.

“We’re coming out of the pandemic that has had a tremendous impact not only on L.A. County, but throughout the nation,” Gascón commented. “The reality is that crime is up around the nation, in fact some of our neighboring counties per capita are having higher levels of violence than we are.”

Gascón continued to deflect criticisms of his handling of L.A. County, saying there is a “national problem,” and L.A. is starting to “come out of it.”

“There are a lot of things that are not working. I see them. I’m frustrated as much as the next person. It is a national problem. It’s not just an L.A. problem. But L.A. in many ways is actually beginning to come out of it,” he said.

The leftist DA has faced mounting criticism over his handling of multiple criminal cases. Earlier this month, two El Monte police officers in L.A. County were “essentially ambushed” and killed by gang member Justin William Flores. Flores reportedly got a reduced prison time — thanks to a Gascón policy — after he pleaded no contest to a charge of possessing a weapon as a felon.

Sources within the DA’s office reportedly told Fox News that if Flores would have been charged in February 2021, he would have likely landed in prison for three years.

In another incident, a teenager got a slap on the wrist of five to seven months in a juvenile camp after he was caught on video running over a woman and her two-month-old baby in a hit-and-run. The mother and her infant son somehow survived, but she blasted Gascón for his alleged soft-on-crime policies.

The campaign effort to recall Gascón has reached a threshold of 567,000 signatures, enough to initiate a recall, but it wants an additional 100,000 to 150,000 signatures to ensure the recall qualifies, as the campaign expects the registrar to deem some invalid.

The deadline for signature submissions for the recall is July 6.