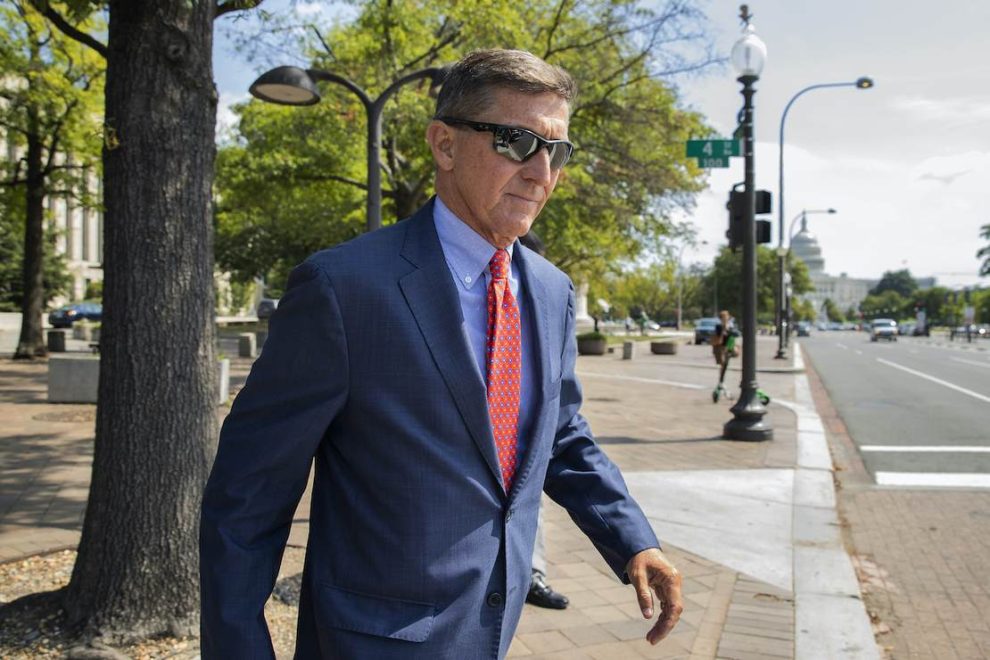 Retired Gen. Michael Flynn — who once had a cup of coffee as Trump’s National Security Advisor — has been popping up in the news again a bit lately. That’s right, there’s some news out there that isn’t about abortion these days.

Last week, Victoria wrote about the fact that the feds are still needlessly harassing the beleaguered Flynn:

Now, Joe Biden’s Pentagon is going after Flynn to pay back the $40,000 honorarium paid to him for the speech, claiming it violates the Emoluments Clause of the Constitution.

They claim he should have registered under the Foreign Agents Registration Act (FARA). There are almost no successful FARA prosecutions, according to former prosecutor Andy McCarthy. Usually, the feds allow the targeted person to true up their FARA registration if it looks like they acted as a foreign agent.

Considering all the leg work done by Flynn to attend the dinner, it hardly sounds as if he was a “foreign agent.” Not even a little bit.

But this is par for the course for the Democrats in charge of the institutions. They wield them like a razor-sharp scythe against their political adversaries.

In a separate story, Flynn began stealthily fighting back against the federal bullies earlier in the year, which Athena wrote about:

Ret. Gen. Michael Flynn, who was famously prosecuted and persecuted by the Obama DOJ and the Mueller machine, has filed a claim of $50 million against several federal offices and agencies, and his lawyer promises he will sue if his demand is rejected.

Flynn quietly filed the Form 95 Civil Claim on Feb. 24 of this year. The claim is directed to the FBI, the DOJ, the Executive Office of the President, the Special Counsel’s Office, and the D.C. U.S. Attorney’s Office. In the claim, Flynn seeks “Compensatory damages including but not limited to lost past and future earnings/revenue, emotional distress, lost opportunity to be President’s National Security Advisor, significant restraints of personal liberty, attorney fees/expenses and court costs in defending against malicious prosecution, abuse of process, false arrest, et al. activities of FBI, DOJ, and the White House.”

In a seven-page addendum, Flynn details the four-and-a-half-year nightmare he was subjected to from July of 2016 to December of 2020. Flynn states that in July 2016, the FBI began to contemplate ways in which it could “hamper” then-candidate Donald Trump, and began targeting Flynn “as part of these efforts.” Flynn elaborates that FBI Dep. Director Andrew McCabe had beef with him dating back to 2014, stemming from both office politics and national political viewpoints.

Once more, with feeling: Trump’s greatest failure as president was not gutting the Federal Bureau of Investigation. I still can’t figure out why he didn’t fire Christoper Wray on his way out of the door on Jan. 20, 2021.

Flynn was tragic collateral damage in the Obama/Clinton jihad against Trump. It’s a shame that they can’t be locked up for what they facilitated.

The addendum goes on to detail breathtaking levels of coordination and maneuvering at the highest levels of the U.S. federal government to destroy Flynn’s life. It reads like an infuriating Hollywood script of the worst kind of devastating, heartbreaking government harassment and personal destruction.

Flynn claims he is owed $5 million in property damage and $45 million for personal injury. During the course of his alleged malicious prosecution, Flynn had to sell his home and draw down his savings in order to defend himself. He also lost the years during which he could have been earning a handsome income based on his resume from a lifetime of honorable service. And it’s impossible to put a price tag on the years of stress and anguish the hateful partisans visited on their political enemy to crush him and his family.

These people are monsters. When pondering who I would prefer to run and win in 2024, the biggest reason I’d like to see Trump return to power is my hope that he’d go scorched-earth and actually fulfill his swamp-draining promises. He shouldn’t have any inhibitions regarding that upon his return.

Athena has some interesting observations on why this story is just seeing the light of day. Make sure you read her conclusion.

I know that Flynn can’t actually bankrupt the federal government but I wish he’d sued them for more.

And if Trump does become president again, I hope he offers Flynn the FBI job.

A guy can dream.