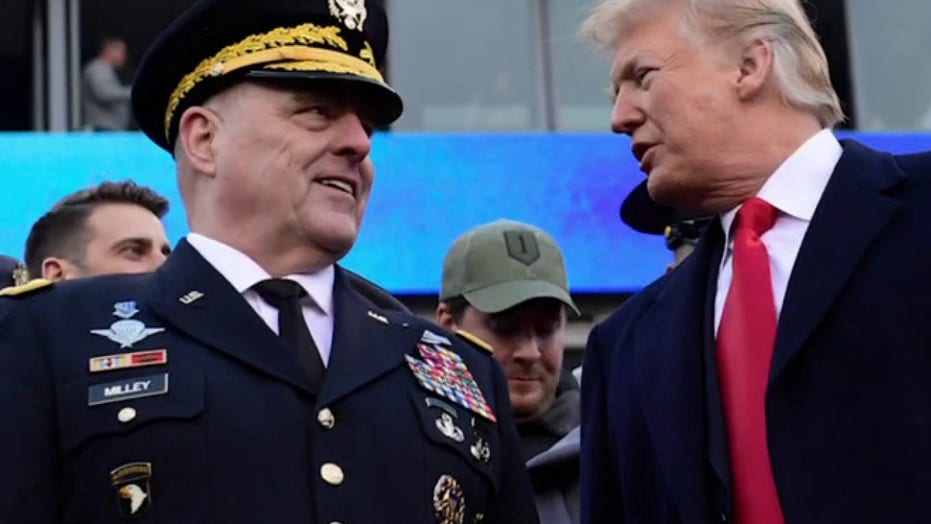 Gen. Mark Milley said Friday calls to his Communist Chinese counterpart in the last days of Donald Trump’s presidency were “routine” and fell “perfectly within the duties and responsibilities” of his job as the top U.S. military officer.

In his first public acknowledgement of the exchanges, Milley observed such telephone calls were done “to reassure both allies and adversaries in this case in order to ensure strategic stability.”

The chairman of the Joint Chiefs of Staff spoke to The Associated Press (AP) and another reporter traveling with him to Europe to state his case.

Milley chose to only offer up a brief defense of his calls, saying he plans a deeper discussion about the matter for Congress when he testifies at a hearing later in September. He told the outlet:

I think it’s best that I reserve my comments on the record until I do that in front of the lawmakers who have the lawful responsibility to oversee the U.S. military.

I’ll go into any level of detail Congress wants to go into in a couple of weeks.

Milley and U.S. Defense Secretary Lloyd Austin are scheduled to testify Sept. 28 before the Senate Armed Services Committee amid continuing confusion over who said what to whom.

That appearance was initially meant to be a hearing on the U.S. military withdrawal from Afghanistan and the chaotic evacuation of Americans, Afghans and others from that country.

Now it has now taken on new meaning in the wake of public exposure of the two calls Milley made to Gen. Li Zuocheng of the People’s Liberation Army to assure him the U.S. had no intention of attacking China.

Critics demand to know why Milley has potentially breached the basic principle of civilian control of the military and its key role in American democracy.

This isn't even remotely close to a denial from Milley…it's basically a full throttle defense of his potentially treasonous actions.

He needs to be removed. https://t.co/nVDJcGVvZ3

A special House committee investigating the Jan. 6 riot at the Capitol has asked for details of Milley’s disputed calls to China.

U.S. Reps. Bennie Thompson, D-Miss., and Liz Cheney, R-Wyo., leaders of the committee, have also sought records related to the November election, the transfer of power from Trump to Biden and the D.C. riot.

Milley was appointed Joint Chiefs chairman by Trump in 2019 and has carried that post in the Biden administration. As chairman, Milley is the top military adviser to the president and to the defense secretary.

The White House and the Pentagon chief have said they continue to have full trust and confidence in Milley, as AP reports.

For his part, former President Trump responded to revelations of the calls with a demand for a public trial of Milley, as Breitbart News reported.

“If the story of ‘Dumbass’ General Mark Milley … is true, then I assume he would be tried for TREASON,” Trump said. “He would have been dealing with his Chinese counterpart behind the President’s back and telling China that he would be giving them notification ‘of an attack.’ Can’t do that!”