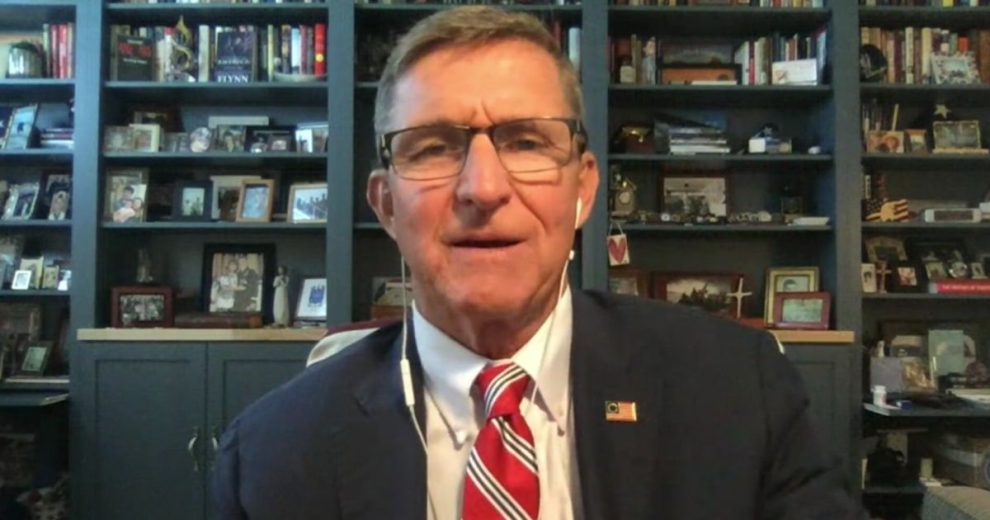 Former National Security Advisor and retired three-star Gen. Michael Flynn shared his thoughts on the QAnon movement in an exclusive interview with The Western Journal on Friday.

Flynn expressed his belief that the origins of QAnon have links within the United States government, strongly rejecting insinuations from the establishment media that he’s connected to the conspiratorial movement in any way.

“This whole QAnon thing — I’ve been very public and outspoken about it … they want to tag me as though I’m ‘the guy,’” the former director of the Defense Intelligence Agency said.

Flynn pointed to his own military experiences in his assessment, describing instances in which the U.S government had used information warfare against terrorist organizations such as ISIS and al-Qaeda.

“Information warfare is something our government gets involved in.”

“I raise this because… I really do believe that it [the QAnon movement] is some type of government campaign. Maybe it’s being done by … ultra-government organizations, you know, that are working on behalf of it.”

Flynn pointed to “crazy ideas” associated with the QAnon movement — usually labeled by the mainstream media as a “baseless conspiracy theory” — such as the notion that, during his presidency, Trump was “battling an entrenched bureaucracy and sex trafficking ring run by pedophiles” and currently, that Trump is still the acting, sitting President.

“This is me speculating, but it is also — when I speculate, I also have a level of expertise in these types of efforts,” said the former National Security Advisor, describing his extensive resume in the intelligence world.

Some proponents of the movement trust in the idea of a wide-ranging ‘plan’ in which their adversaries will be arrested in masse — an idea Flynn urged conservatives to reject.

“This idea that there’s some ‘plan,’ or something that’s going to happen…”

“You know, I keep telling people. The plan is ‘We the People.’ The plan is you and I,” said the retired general.

“The plan is me and guys like me and people like me getting out there to encourage people to get involved in the everyday life of this country.”

See also  White House in Disarray as They Eye a Major Shake-Up
Share this article: