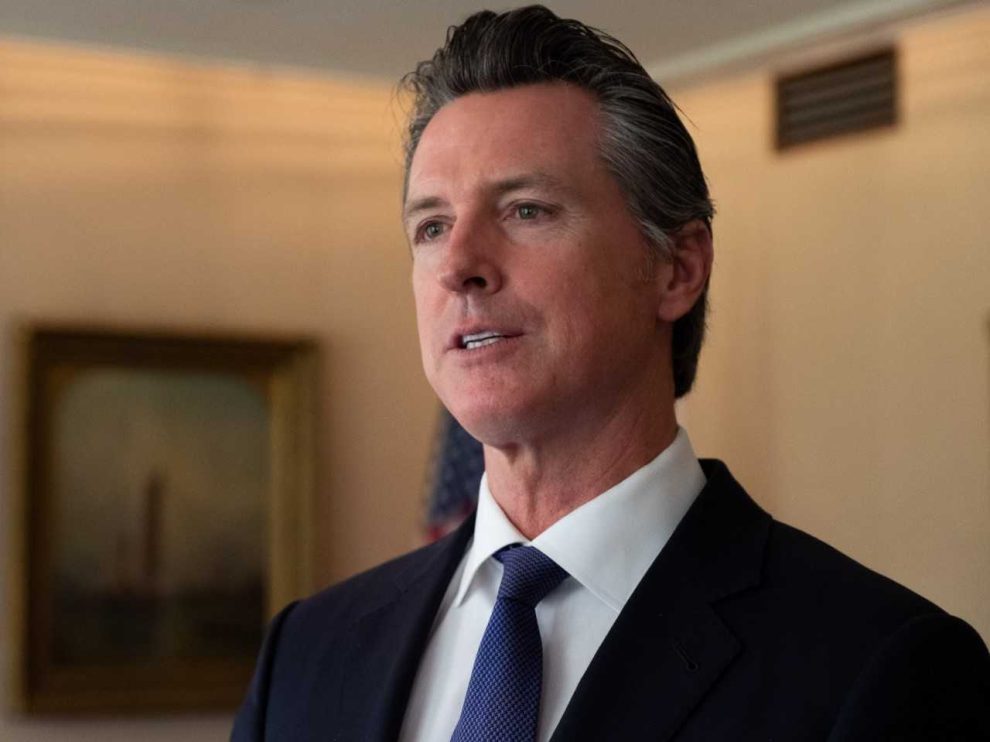 You gotta hand it to Gavin Newsom. He’s quite sure of himself, and the righteousness of his cause.

The Democratic governor of California has made a growing number of appeals to conservatives lately, along the lines of, “Hey, if you REALLY like freedom, you’d LOVE what we’ve done in The Golden State!”

The Newsom ad running in Florida invites a DeSantis rejoinder referencing two Californias: the one with homeless encampments on streets lined with poop and used needles, and the other where elites like Newsom violate lockdown to dine at the French Laundry. pic.twitter.com/ejWXyuuTJN

“I know we’re all on this platform in search for the truth,” Newsom said in a video post. “But the truth is I’ve not been able to find a simple explanation for the fact that we have a red state murder problem.”

Look, it’s a little early, but the campaign to replace Biden in 2024 has begun in earnest. Several potential Republican candidates have conveniently timed book tours this summer. Newsom’s stunts have a similar air, as PJ Media’s VodkaPundit wrote last week:

Democrats can’t nominate “Anyone But.” They have to nominate someone.

And right now, there are already two Democrats maneuvering for the early advantage to become the Not-Biden of choice.

The first is California Gov. Gavin Newsom, or as I like to think of him, the Prince of Hair.

Newsom is feeling pretty good these days, having won his recall election and his state being so flush with bailout bucks that he can send “inflation relief” checks to his fellox and syster Californians. Never mind that it won’t help; it will look good in the TV spots.

SPOILER: Using free money to fight inflation is like hiring a San Francisco homeless person to disinfect your operating room.

Speaking of which, Newsom himself got the “Newsom ’24” chatter going himself, surreptitiously: Why is California Governor Gavin Newsom’s campaign buying TV ads on Fox News in Florida? Move fuels 2024 speculation.

The ads will start airing July 4 on Fox News in Florida, SFGate reported. The airtime cost the Newsom campaign about $105,000, mediumbuying.com tweeted.

“Stay tuned,” Nathan Click, a spokesperson for Newsom’s re-election campaign, told SFGate.com when he was asked about the content of the ads.

I have a pretty good idea of what the ads will contain: A flattering portrait of Newsom (who isn’t at all running for president, he swears!) compared to Republican Florida Gov. Ron DeSantis (who is a likely 2024 contender).

Newsom’s television buy in Florida reminded me of the classic scene in the 1980’s reboot of Dragnet between Dabney Coleman and Christopher Plummer for some reason:

Republican governors and legislators, and the originalist judges they’ve nominated, have produced an impressive string of victories since 2020. Emboldened by parents protesting the content of their children’s curriculum in their school districts, the opportunity to go on offense against woke corporations, and the growth of majorities in state legislatures, the GOP has embraced the culture wars at the local and state levels. Nowhere has this happened more frequently than in Florida under the no-holds-barred, bare-knuckle style of Governor Ron DeSantis.

At the national level, fewer and fewer people hold out any hope the Democrats can avoid a historic mid-term beatdown in November 2022. Inflation, high gas prices, a recession (or worse), and international instability have pushed the Misery Index into stratospheric levels, as PJ’s Gwendolyn Sims has reported. It’s no wonder, then, that Democrats have refocused their sights on 2024, despite having almost no bench of potential up-and-coming candidates to speak of.

But the Democrats are fighting back. In fact, they started in the Summer of Love during the 2020 George Floyd riots, as antifa thugs were shipped not just to the big cities, but to small towns all over America to protest. From tiny little towns in rural Oregon and Washington, to the deep red counties in the Florida panhandle, and everywhere in between, BLM protests popped up in unexpected areas.

The Democrats have also started fielding candidates in local races in areas dominated by overwhelming Republican voter registration. Many times, they will try to burnish their conservative bona fides in an attempt to convince the voters that they’ve separated themselves from national Democrats focused on Critical Race Theory (CRT), equity, transgenderism, and other topics that America-loving, church-going, community-involved parents recoil from.

As we have witnessed over the past several years, school board races are the new hotness. Voters have a keen interest in what students learn and how the school board runs the curriculum. Both sides of the political aisle have placed emphasis on these local races. The democrats have a real need to win these races, both to advance their ideology and to build the aforementioned moribund bench.

One community seeing this kind of influx is Jackson County, Florida. Located in the panhandle, the county boasts a ten point Republican registration advantage over Democrats, and has a long history of voting deep red. In the upcoming county school board race, candidates have attempted to appeal to the values of their voters, as in any race. Dave Galloway is one of those candidates for school board, putting up billboards touting his military experience in the 82nd Airborne and the National Guard. These attempts by Galloway to appeal to deeply conservative Jackson County voters belie another history — that of trashing the conservative governor and union organizing.

The Gov and his mindless simps are going to freak the fuck out when they find out math is also non-binary . . .

This is all manipulation and pandering to the masses . . . He’s hoping to out Trump the Orange Menace come 2024 . . .

It’s all very unsettling at the very least. Not so much that it’s actually being done, but that it’s being eaten up by his target audience.

This was in apparent response to the anti-grooming bill signed by DeSantis that the democrats and their media lackeys derisively dubbed the Don’t Say Gay Bill, which outlaws discussions about transgenderism for kindergarten through third grade classes.

So in a move best described as “Legislative Revenge,” the Gov and his horde of imbecilic minions just dissolved the Woody Creed District [sic]. This agreement was put into place that essentially made Disney World an autonomous entity with is [sic] own fire and police department, road crews and other services. Orange county will also have to assume a BILLION dollar bond as well. Now the citizens o Orange County will see an average increase of 25% on their property taxes (between $2,000 and $4,000 respectively). But he showed them . . .

Galloway may be banking on those “imbecilic minions” and “mindless simps” to ignore his history of carrying water for the teachers’ unions while relying upon them to vote him into office. The Florida Education Association (FEA) magazine featured Galloway in a 2021 article highlighting him as the President of the county teachers union:

Path to advocacy: Galloway grew up as a union believer. His father, a Teamster, “taught me the union puts bread on the table.”

Issues: “My members’ and students’ safety during the pandemic,” teaching conditions, the “privatization of public education by our supposed leaders in Tallahassee.”

His union: “We focus on what we can do locally, and we’ve established a great value to being a member. My members know they are never alone in the classroom. They know we’re only a phone call away. If they call, we’re coming, and we’re coming heavy.”

He’s proud of: In the past few years, helping start an education union in North Florida’s Calhoun County. “That was actually a five-year process.”

Favorite story: “There’s a lot of them. Mine always go back to getting 70 or 80 members in a [school district] boardroom and applying that external pressure. … To move people to action and then see the empowerment that comes from that action, that makes it all worthwhile.”

Along with strongly opposing the anti-groomer bill previously mentioned, the FEA came out hard and heavy against the bills passed by the legislature and signed by DeSantis that prohibited elements of Critical Race Theory (CRT) in the classroom. Galloway, as the president of the local chapter of the FEA, has yet to make a public comment on these hot button issues, but his stated views of Governor DeSantis give voters a clue.

This is just one example of campaigns all across the country to undermine growing GOP mastery of local elections. With messaging that matches the concerns of voters, Republican candidates have the opportunity to make even greater gains than they already have. Many of these races will contain sneaker candidates who present themselves as friendly to small town conservatives, but who have a hidden agenda that doesn’t match what voters want.

And even if Newsom isn’t running for president (he swears he’s not!), his ads have the obvious intention of undermining and casting doubt about a conservative message and track record of success shown by DeSantis and other GOP office holders.